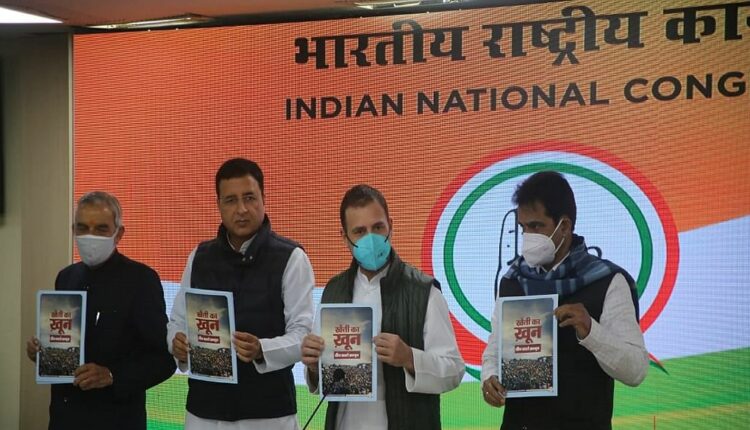 Ahead of the 10th round of talks between the protesting farmers and the Union government, former Congress president Rahul Gandhi on Tuesday alleged that the new farm laws were ‘designed to destroy’ agriculture and create monopolies by three-four capitalists.

Releasing a booklet on the farm laws – Kheti Ka Khoon (murder of farming) – to highlight the plight of farmers, he said ‘repealing’ them was the only solution to break the deadlock.

The farm laws would destroy the mandi system; farmers won’t get the price they deserved and the middle class would be paying a price for food that they had never imagined.

For the first time, farmers h ave agreed to the Government! The government has decided to put the three controversial farm laws on freeze for one-and-half years. The farmers who attended the 10th round of negotiations on Wednesday evening told NDTV that the government would convey the decision to the Supreme Court in an affidavit. The farmer unions, which are holding out for repeal of the farm laws, said they would consider the proposal.  The government, they said, has become unnerved by their plans for a big tractor rally on Republic Day. 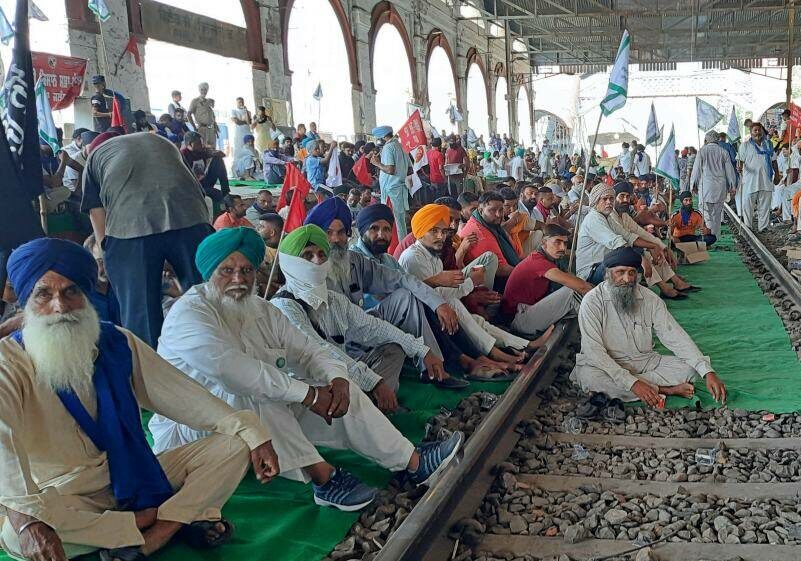 “The government placed a new proposal before us in the tenth round meeting – it is ready to set up a special committee which will consider all our demands along with the three new laws,” said Balkishan Singh Brar of the All India Kisan Sabha. “The government also proposed that until the committee completes the review, all three new laws will be put on hold for one-and-a-half-year,” he added.

“The government is scared and is looking for ways to save its skin,” Mr. Brar said. He mentioned that the farmers will meet the police to discuss the program of the Republic Day protest. The farmers said they are expecting at least 1,000 tractors to take part in the rally, which rolls along the periphery of the city. The government has opposed the rally, saying such a rally on Republic Day would embarrass the nation. Despite an appeal by the government, the Supreme Court had refused to take a stand on the tractor rally and said the Delhi Police can take a call on the matter

Kamala Harris To Michelle Obama: Why Many Wore Purple To The Inauguration