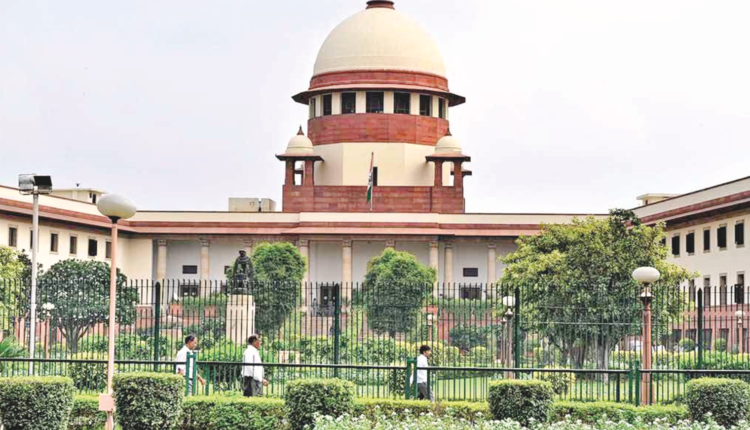 Supreme court said on farmers’ tractor rally – Delhi Police should decide, who will come to the capital, next hearing on Wednesday

Supreme Court hearing on petitions related to controversial agricultural laws and farmers protesting on the borders of Delhi was completed. During the hearing, there was a demand to allow farmers to protest in Delhi. After this, on January 26, the Supreme Court was approached by the government on the tractor rally, on which the court said that the matter will be heard on Wednesday.

Updates:
When the Attorney General argued on the problem of the proposed rally on January 26, the Supreme Court said, it is a matter of law and order. Delhi Police will decide who will come to Delhi and on what conditions and in what number. This won’t be decided by the court. The court has postponed the hearing on this issue today. Now the case will be heard on Wednesday.

-BKU Lokshakti’s lawyer AP Singh argued on allowing farmers to come to Delhi. On this, the Chief Justice (CJI) said that this subject is for the police to see first. We will not make a decision first.

It was expected that during today’s hearing, the court may also notice a member of a committee set up to resolve the deadlock, which did not happen.

The apex court, while hearing the petition of the central government, deferred it till the day after tomorrow. The Supreme Court was scheduled to hear on Monday a petition by the Center against the proposed farmers’ tractor rally on Republic Day on 26 January. A three-judge bench headed by Chief Justice (CJI) Sharad Arvind Bobade is hearing various petitions on farmers protesting on the borders of Delhi. The Center, in a petition filed through the Delhi Police, said that any rally or protest proposed to disrupt the Republic Day celebrations would bring embarrassment to the country.

On January 12, the apex court had stayed the implementation of the new agricultural laws till further orders. At the same time, a four-member committee was formed to resolve the deadlock between the centre and the demonstrating farmer unions. Only one of these members disassociated themselves from the committee.

At the same time, farmer leaders have clarified that the tractor rally will be held only on the Haryana-Delhi borders on 26 January and the farmers are not planning to reach the Red Fort to disrupt the Republic Day parade. A three-judge bench headed by Chief Justice (CJI) Sharad Arvind Bobde, hearing various petitions on farmers protesting on the borders of Delhi, agreed to the decision to give Delhi Police right to decide for the 26 January rally.

SBI doorstep banking: SBI is providing banking services to its customer at their doorstep