Roger Federer, Nadal and Djokovic: The Irreplaceable Gods of Tennis 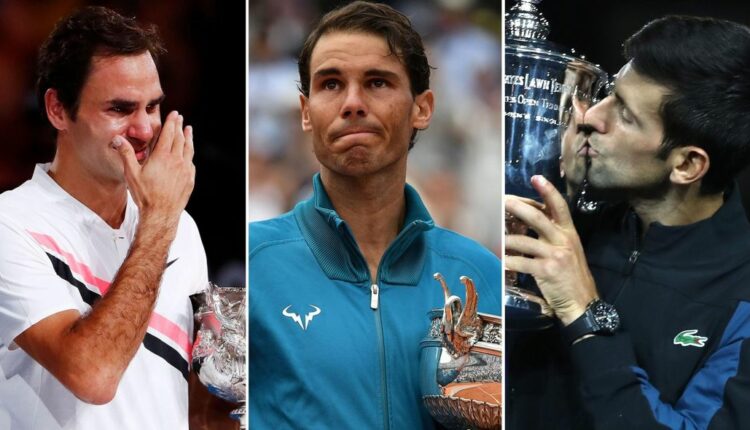 Flashes of brilliance were shown by Stanislas Wawrinka, Andy Murray, Del Potro and Marin Cilic who won a few Grand Slam titles but their achievements pale in comparison to what Roger Federer, Nadal & Djokovic have achieved. They have fought injuries and loss of form but they have always bounced back with more determination.

Roger Federer was the first to emerge on the scene when he won his first grand slam title (Wimbledon) in the year 2003. He is called the greatest athlete of his generation because of his fitness and consistency.

He is the only male tennis player in the history to win 20 singles Grand Slam titles (8 Wimbledon,6 Australian Open,5 consecutive US Open, and 1 French Open) In addition to this, he has held the world No.1 spot in the ATP rankings for a record 310 weeks, including a record 237 consecutive weeks and he was ranked in top ten from October 2002 to November 2016.

After defeating Rafael Nadal in the 2017 Australian Open, he re-entered the top ten. Federer also happens to be the only individual to have received the BBC Overseas Sports Personality of the Year award four times and one of the 8 men to achieve a career grand slam.

A holds a record of 30 Men’s singles Grand Slam finals including 10 in a row from the 2005 Wimbledon Championship to 2007 US Open. He was also named the ATP player of the year and ITF World Champion 5 times.

Currently holding a record of 17 Grand Slam titles, which is the second most in history for a male player, Nadal is ranked as World Number 2 by ATP. He’s held the number 1 ranking for 196 weeks. After winning his first French Open title in the year 2005 and defeating Roger Federer in the same tournament next year, his rivalry with Federer is considered as one of the greatest since then.

He has won 11 French Open titles,3 Australian Open titles, 2 Wimbledon titles and 1 Australian Open title. In 2010, he became the 7th male player in history and youngest in the Open Era to achieve a Career Grand Slam at the age of 24. Nadal also happens to be the second male player after Andre Agassi to complete a singles Career Golden Slam. With 81 consecutive match wins on clay, he has the longest single surface win streak by any player in the Open Era.

First Serbian player to be ranked World Number 1, Djokovic has pocketed 15 Grand Slam titles which include 7 Australian Open, 4 Wimbledon,3 US Open and 1 French Open. He held the World Number 1 spot in Men’s Tennis for 230 weeks and won his first Australian Open title in the year 2008.

After winning him the 2016 French Open he became the 8th player in history to achieve a career Grand Slam and 3rd man to hold all major titles at the same time, the first was achieved by Rod Laver in 1969, and the first one to do so on three different surfaces. He is also the first male player representing Serbia to win a Grand Slam title.

Looking at the above stats, we can conclude that the feats of the three giants will be difficult to match for generations to come.

World Cancer Day 2019 : The Bollywood super humans who conquered Cancer like the boss.