Kamala Harris To Michelle Obama: Why Many Wore Purple To The Inauguration 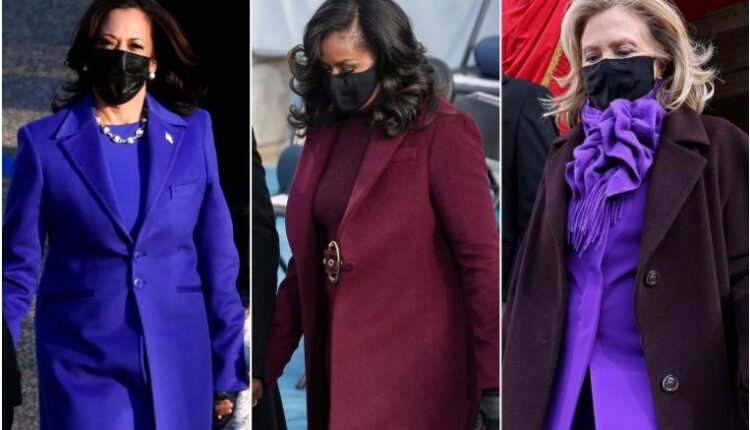 Surprisingly everything that stood out at Joe Biden’s inauguration on Wednesday was purple, and it cannot be a coincidence!

The choice of color was not just a coincidence. Purple – a mix of Republican red and Democratic blue – has long been seen as a symbol of bipartisanship. The color also has historic ties to the women’s suffrage movement, according to NPR. Along with white and green, purple makes up the color of the suffragette flag.

It wasn’t a coincidence #TheColorPurple was the colour of the day. 💜

“#Purple has long been acknowledged as a bipartisan colour”. A mix of red and blue. And perhaps even a little hope for the new era. 🙏🏽#PurpleReign #InaugurationDay #Inauguration2021 #Inauguration pic.twitter.com/JRpMTrRIiJ

Hillary Clinton confirmed that she wore purple to send out a message of unity. “I did wear purple with a purpose because I knew the theme that President Biden was striking was unity. I thought as you combine red and blue, the way that we are divided politically in our country, you get purple,” Ms. Clinton said. “I wanted just to send a bit of a symbolic message that we need to come together.”

Honored to witness history today. May God bless @JoeBiden and @KamalaHarris as they take on the work of healing our nation. May we all fulfill our duty as citizens to help our country and our fellow Americans through the challenges ahead. pic.twitter.com/dooSLnFePe

According to CNN, the color purple also has an added significance for Ms. Harris. She chose it as a nod to Shirley Chisholm, who was the first Black woman to run for president under the Democratic party and the first Black woman elected to the US Congress. Ms. Chisholm often used purple in her campaign flyers.