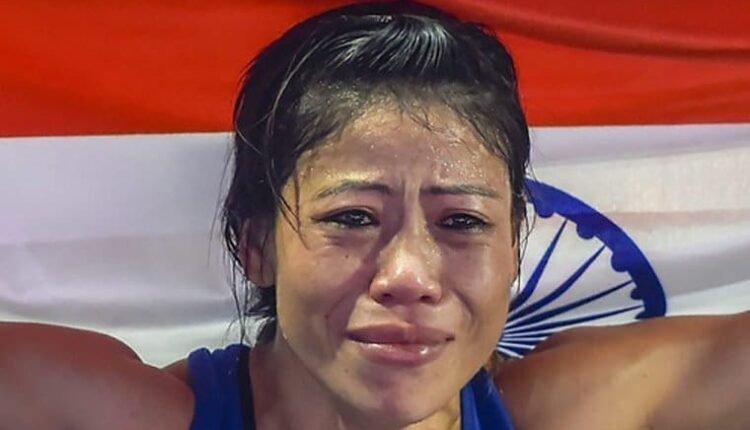 No one knows that one day Mary Kom, a mother of three children and a daughter of poor farmers will win a title of World’s No.1 Boxer in the International Boxing Association (AIBA).

As everyone already watched her movie ‘Mary Kom’ in which Priyanka Chopra played the lead role as Mary Kom and she delightfully shows how Mary Kom aka Mangte Chungneijang Mary Kom belong from Manipur with poor family whose parents were farmers, she even helped with farming chores and also went to school, joint athletics then later boxing.

She participated in every athletics games and later joins boxing after getting inspired by Dingko Singh, who won a gold medal in Bangkok Asian Games 1998 in Boxing.
As we discussed her personal life, Mary Kom met aka Karung Onkholer a Footballer in 2000 and after dating for five years, she married him in 2005 and took a little break from boxing.

She later gets blessed with twins and later with a son. Kom after giving birth to twin again started boxing training and won gold in 2010 Asian Women’s Boxing Championship in Kazakhstan.

Aside from being a boxer, Kom is a supporter of PETA India. In her interview with Times Of India, she said to teach a lesson of Kindness and respect towards animals in the classroom. Kom additionally a member of Rajya Sabha as she was nominated by the President of India on 26 April 2016. In March 2017 Ministry of Youth Affairs and Sports, Government of India appointed Mary Kom along with Akhil Kumar as the National Observers for Boxing.

Mary Kom won World Amateur Boxing Championship six times and she’s an only woman who won a medal in all seven World Championship and the only women who had qualified for Summer Championship 2012. Manipur Government enriches her with a name “Meethoi Leima” meaning excellent queen.

Mary Kom was awarded Padma Shri in 2006 and Padma Bhushan in 2013. She got the nickname “Magnificent Women” and indeed she is magnificent who not only made her family proud but also her country ‘India’. Kom inspires all with her great achievements and courage as she is a mother of three, never failed herself as a boxer or woman.

A proud moment for Indian sports.

Congratulations to Mary Kom for winning a Gold in the Women’s World Boxing Championships. The diligence with which she’s pursued sports and excelled at the world stage is extremely inspiring. Her win is truly special. @MangteC

How to Find and Remove Duplicate Files on Windows 10