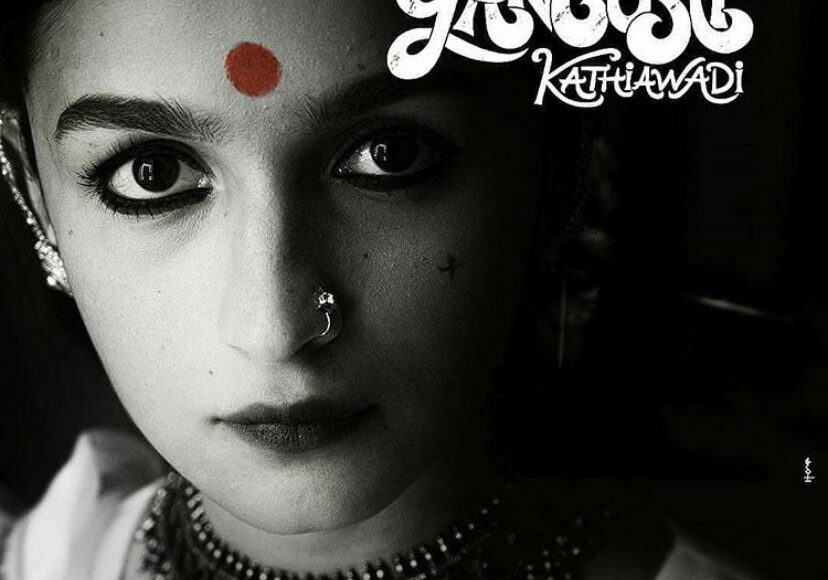 Alia Bhatt shared the First Look posters on her Instagram account stating “Here she is, Gangubai Kathiawadi “. She, in two braids with a numb look on her face, is reflecting the powerful aura of her character in the movie.

This is for the first time the duo will be seen coming for a film together. Alia Bhatt is already winning the hearts of the audiences with collaboration with renowned director Sanjay Leela Bhansali again.

Bhatt will now be seen portraying Gangubai, a brothel owner and the matriarch of Kamathipura in Mumbai in the film, which is based on the story that appears in S Hussain Zaidi’s Mafia Queens of Mumbai.

According to the sources the film was initially offered to Priyanka Chopra Jonas. Although that did not work out, Bhatt grabbed the opportunity to play this bold character.

This is also Bhansali’s first film that features a strong female lead although earlier it was the director’s 2005 film Black, starring Rani Mukerji, which also placed a female character at the center of the narrative.

One of the most interesting facts about this movie is that this is the first-ever SLB film shot and to be released at this speed.  Bhansali usually takes a long time to complete his films. But with ‘Gangubai Kathiawadi’, he is going too fast as he wants to release it this year because ‘Inshallah’ didn’t work out. ‘Gangubai Kathiawadi’, went on floors in the last week of December 2019 and is scheduled to release on 11 September 2020.

After her amazing award-winning performances in ‘Udta Punjab’, ‘Gully Boy’, and ‘Raazi’ fans are happy and excited to see a new masterpiece on the big screens real soon now in form of ‘Gangubai Kathiawadi’.

All-Female Crew Will Conduct The First Spacewalk Of 2020