What is happening in Nigeria? What is the #EndSARS campaign? 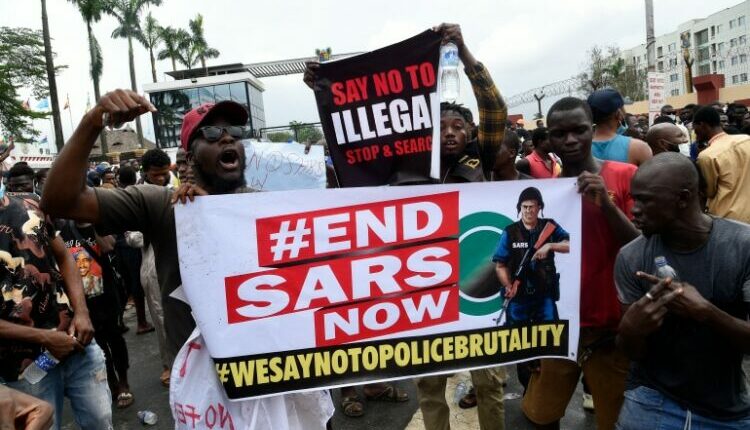 What led to political instability in Nigeria?

A large reason for the current political instability in Nigeria is because of its
history.

Islam in Nigeria spread primarily through trade. People in present-day North
Nigeria started to convert to Islam as they traded with rest of Sub-Saharan
Africa.

By the 18th century, most of the people in Northern Nigeria were Muslims.
However, Islam never spread to the rest of Nigeria so the people living in the
South were not followers of Islam.

In the 19th century a number of European missionaries showed up to the
southern part of Nigeria this led a large number of Southern Nigerians getting
converted into Christians.

The British then colonized Nigeria in 1885. The control they had in Nigeria was
peculiar. The British directly colonized only Southern Nigeria, they controlled
the North indirectly with having local leaders in the region support them.

This meant that there was a huge difference in Northern Nigeria and Southern
Nigeria for example the Western education, infrastructure, and economic
growth was more prevalent in the South considering Sothern Nigeria was
directly controlled by the British. So the South had more lawyers, bureaucrats
and doctors and better opportunities. Additional to this the South had most of
the oil.

But what we need to understand is also that Nigeria very much like India has a
very vast and rich culture. So this was not a simple divide of North (Muslims)
and South (Christians). There were Christians living in Muslim predominant
places and vica-versa.

So the problem began in 1960 after Nigeria got its freedom from the British;
there were many coups and munities in Nigeria keeping in mind the diversity.
Which finally led to a civil war in 1967 civil war.
The Sothern part of Nigeria together formed the Republic of Biafra, however it
was clear that the North Nigerians were not happy with this division, which led
to a 2 year long civil war. Finally Nigeria won and Biafra seized to exist.

Nigeria’s growth as a country

Nigeria is one of the fastest growing economies in the world and has very little
national debt. However there is a huge difference in the country itself as in
between the North and the South.

When we talk about South Nigeria (Christian dominant), the economy of this
part of the country is growing 8% independently every year where as in North
(Muslim dominant) poverty is actually increasing.
Further the Northern part is one of the only regions that still has Polio, and the
life expectancy is lower than 52. In northern Nigeria fewer than half of the kids
attend elementary school.

While reading this many people might come to a conclusion that religion is the
reason for almost all of the problems in North.

However this is untrue, the problem is that South and North Nigeria have
extreme differences. With the South part has most of the oil, better education,
etc. thus the government does not pay as much attention in North.

Boko Haram now a militant organization emerged in 2002, when the region was
badly governed, with high rates of unemployment, illiteracy. The word Boko
Haram means ‘Western education id Forbidden.’ The group emerged as an
organisation fighting for a government with corruption, and making an Islamic
State, now Boko Haram has gone from a fundamentalist extreme organisation to
a terrorist organisation.

Although there is no deny that Boko Haram is a terrorist organisation the
problem lies with how the government is not taking affective measures to better
the situation. The government has been repeatedly accused of increased
corruption.
Boko Haram is prevalent in poorer regions of Nigeria such as Borno. The
government often little to no attention to poorer parts of Northeast Nigeria since
it is not economically developed and does not help in much revenue.
The government has been abusing its power by punishing innocent civilians in
the name of fighting militants.
Amnesty International has published reports after reports about arbitrary arrests,
extrajudicial killings, torture done by the Nigerian military on innocent
civilians.

With the constructive use of social media, the youth of Nigeria has held
demonstrations, campaigns and protests to rise against the autocratic
government.
In the last 2 weeks celebrity figures such as Beyoncé, Rihanna, Cardi B and
Drake have also shown support for this cause.
Joe Biden the democratic nominee in United States Presidential election showed
sympathy towards the same. Recently he made a statement saying “The United
States must stand with Nigerians who are peacefully demonstrating for police
reform and seeking an end to corruption in their democracy.”
Attention to the movement increased exponentially when protesters and human
rights groups say Nigerian soldiers opened fire on a peaceful demonstration in
Lagos.
People in Nigeria want to abolish a federal military unit named the Special
Anti-Robbery Squad (SARS). The SARS has been known to abuse its power on
local civilians. Hence the name #EndSARS
Amnesty International has recorded 82 cases of abuses by SARS over past three
years, including beatings, hangings, mock executions, sexual assault and
waterboarding.
A footage went viral October 5th which shows police dragging 2 men out of the
hotel and shooting one of them on the street outside.
What was the result?
Seeing the public outcry the Nigerian Police announced that it will be dissolving
SARS and investigating those who has been affected by its acts. People
displayed joy regarding this.
However, after hearing the news that those who were members of the SARS
were being redeployed elsewhere the people of Nigeria were outraged. The
demonstrations were there back on. Since then the countries leader Mr. Buhari
urged people to dismiss protests several times.
Mr. Buhari made various empty promises to disperse crouds such as the
ministers will be amending the legal system, etc.

However the people did not believe these promises and did not stop there
protests against the government. There have videos surfaced of people dancing,
singing and waiving the Nigerian flag in there demonstrations thus shows they
were largely peaceful.
Thousands of people were spotted in Lagos this week, irrespective of the 24
hour curfew issued by the government. They blocked roads and camped outside
a busy toll booth plaza in Lekki.
The government states the opposite, with recently a minister from Lagos (in
Nigeria) stating that protesters were torching, looting and unleashing terror on
the citizens.

This Tuesday evening the streetlights suddenly went off in Lekki. Various
witnesses say that while the peaceful protests were going on the Nigerian
military open fired on the peaceful protesters.
The government so far has denied all accusations. Human rights organisations
claim that around 12 people were killed that night and innumerable seriously
wounded.

What can you do to help.

People of Nigeria require help from each one of us. With a country which is
being attacked by non-state actors and as well as the government itself it is
important for us to raise awareness, show solidarity, donate and start campaigns
to not only end the autocratic rule but to support people by providing them with
basic facilities there government fails to provide.
Donate for United Nations authorized or trusted charities that distribute food,
water and other basic facilities to people who have been suffering from Boko
Haram and don’t get much help from the government either.

Baby Yoda and The Mandalorian are back with Season 2 Yayyy!! Episode 2 premieres on 6 November