“Bomb Cyclone’ in time for US’ Thanksgiving celebrations 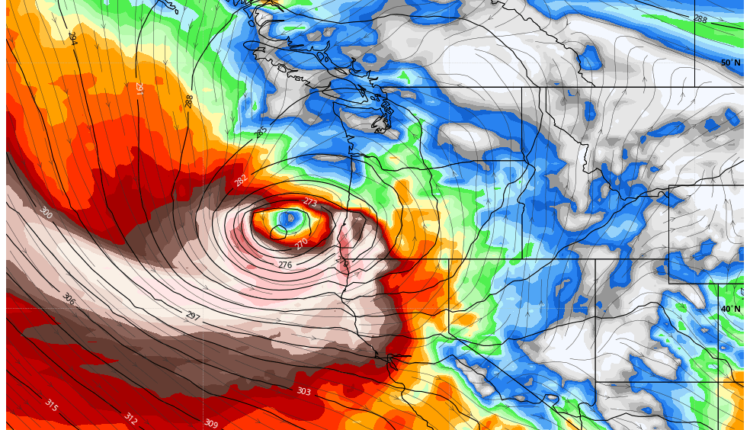 The National Weather Service’s US forecast map is currently blanketed by waves of pink, purple and red which convey the winter storm warnings prevailing from California to Michigan.

The National Weather Service has issued heaps of warnings and precautionary advice to curb the levels of damage which might be inflicted. They estimate this cyclone to be “a big one”.

According to an online forecast discussion by the NWS on Tuesday, “Models continue to show good agreement, the low will strength to 972 mb this afternoon as it nears the Curry coast of Southern Oregon. This is lower than the 975 mb low of the historic Nov 9-10 storm in 1975. This is an unprecedented storm given the track and strength and will manifest dangerous conditions to the area.”

Thanksgiving, a major cause for celebration in the U.S has become a rising question as the weather conditions have started to stall and everything has started to cease functionality. Colorado in the southern part of the USA, has been experiencing increased snowfall which resulted in all facilities coming to a complete standstill. Along the west, the northern parts of California and the southern parts of Oregon are preparing to be swept by 100-mph wind gusts to the coast and multiple feet of snow to the mountains.

Amidst American-Ukrainian tensions, Texan chemical plant explosions, wildfire threats and several concerns in between, USA seems to really have been “snowed in”, this thanksgiving.