Following F-16 fighters crashed under Syrian anti-aircraft fire, Israel has launched a large-scale air raid in Syria. The military reported that pilots landed in Israeli territory and were taken to the hospital.

As per Jonathan Conricus, Israeli military spokesman said twelve sites comprising four Iranian targets destroyed in Damascus, the Syrian capital. Today Israeli F-16 was returning back from an incursion to devastate Iranian facilities accused of launching a drone into Israel.

Before the crash, two pilots parachuted to safety. It is believed that this is the first time Israel lost a jet in Syrian clash. In the regions of northern Israel as well as Golan heights red sirens were sounded. Residents report a number of the explosion along with heavy aerial activity in the region close to Israel border.

A statement by military discloses that ‘a combat helicopter successfully intercepted an Iranian UAV, i.e. an unmanned aerial vehicle which was launched from Syria’. The statement also added that the drone was recognized hastily and was under observation until interpretation.

Iran with Syria is the main supporter of Bashar al Assad, Syrian President. The troops of these two have been fighting since 2011. In November last year as per a western intelligence source, Tehran was setting up an enduring military base within Syria.  It is also confirmed that various tones of munitions, as well as weaponry, assist President Assad’s forces too. Benjamin Netanyahu, Israeli PM also warned ‘Israel will not let this turnout’.

Syria has again and again protested Israeli’s attack on targets in Syria. Last week also Israeli’s warplanes attacked military points near Damascus. In January also Israel launched three attacks on military targets by using jets and missiles which are ground to ground. After that Damascus claimed that is also shot down one Israeli jet along with one missile. Iran was blamed that they were seeking to set up not only an arc of influence but also a logistic land supply line from Iran. And all this is though Shia Hezbollah movement in Lebanon.

Acting commander of Iran’s Revolutionary Guard, Gen. Hossein Salami did not admit Israel’s claim. He alleged ‘we do not verify any such kind of news from Israel’.

Last October Israel was warned by Iran’s military head on a regular basis against breaching Syrian military. However, this attack appears to be stronger till date. At present Netanyahu is holding safety measures and approving the needed actions in real time.

Tom Bateman, Middle East Correspondent, said that Israeli attacks in Syria were not strange. However one of the most dangerous concerns is downing of an Israeli fighter jet.

As per the analysis of Jonathan Marcus, preceding many years Israel has been striking at weapons stores along with other facilities in Syria. The chief aim is to disrupt and also to prevent advanced Iranian missiles which were delivered to Hezbollah. Syria has often been conducted for the shipments, but the alteration of power with Assad regime’s survival bolsters by Iranian support. Now Israel’s campaign to interrupt missile supplies is turning out to be more complex. 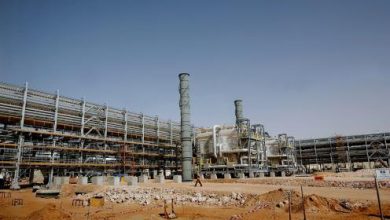