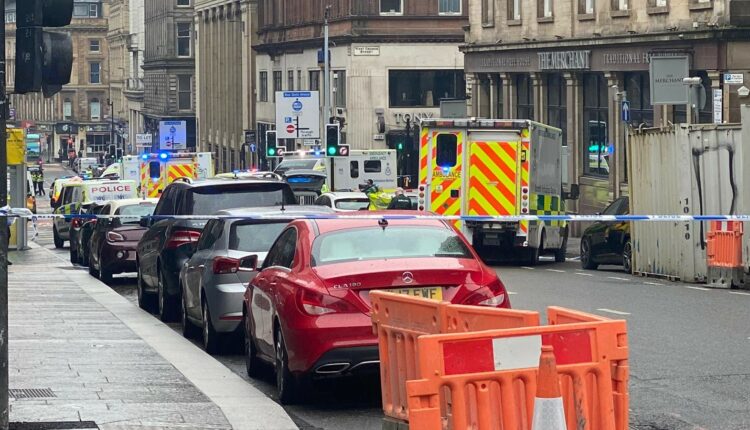 Scotland’s Glasgow city witnessed an unfortunate incident of three people who were stabbed to death in a hotel on Friday. Initial reports suggest that the stabbing took place at the stairwell of a hotel and the suspect has been shot by police.

An eyewitness said she had seen several people covered in blood being treated by emergency services, and armed police on the scene, at around 1:15 pm.

Emergency services, including armed police officers are currently dealing with the incident on West George Street, which has been cordoned off to the public.

Police Scotland Assistant Chief Constable, Steve Johnson, said the incident had been contained and there was no wider risk to the public but the residents have been warned to stay clear of that area.

“However, I would like to reassure the public that this is a contained incident and that the wider public is not at risk. Armed police officers attended the incident and I can confirm that a male suspect was shot by an armed officer.

“I would like to reassure the public that at this time we are not looking for anyone else in relation to this incident.

“I can also confirm that a police officer was injured while dealing with the incident and that officer is receiving treatment in hospital.”he said.

“Deeply saddened by the terrible incident in Glasgow, my thoughts are with all the victims and their families. Thank you to our brave emergency services who are responding,” he wrote on Twitter.

Nicola Sturgeon, the First Minister of Scotland, also deprecated the incident and said,                         “The reports from Glasgow City Center are truly dreadful. My thoughts are with everyone involved. I am being updated as the situation becomes clearer. Please help the emergency services do their jobs by staying away from the area – and please don’t share unconfirmed information.”