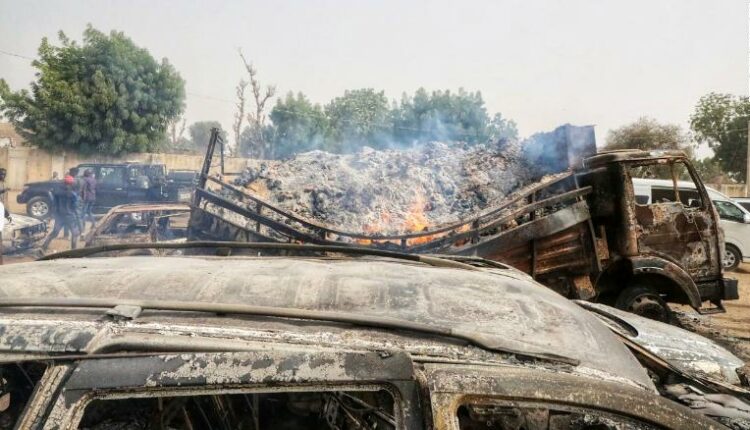 Nigerian Militant Attack Kills 30 Including a Pregnant Woman And Baby

On Sunday, people in Maiduguri-Damaturu highway in Auno village, Borno state were attacked by Boko Haram insurgents around 9:30 pm. These insurgents abducted men and women and killed 30 people including one pregnant woman and baby. Drivers who were sleeping in their parked vehicles got burned to death during the attack.

In statements given by eyewitnesses, the jihadists came in with bicycles and the started to attack travellers who stayed in the town since the road was closed by the Nigerian Army. Nigerian President Mohammadu Buhari condemned the attack. he even said that the Nigerian government has severely condemned such terrorist attacks caused by people like Boko Haram and other Islamic groups.

According to Dogo who is the Special Assistant of the Borno Governor Babagana Zulum, around 18 vehicles were burnt during the attack. He even said that Zulum visited the places and expressed the state and federal government’s promise to end the insurgency.

The attacks began with a loot of the village which was followed by setting the village on fire and burning vehicles, trucks which were transporting goods and food products that would be made available in nearby markets by next day. Three buses carrying women and children were taken away by the insurgents to Maiduguri where it was parked overnight.

Boko Haram militancy led to the displacement of ten thousands of residents in 2014. One of his attacks included the kidnapping of 112 chibok schoolgirls from northeast Nigeria. On Monday, Buhari also told the African Union’s Security Council in Addis Ababa that the government is working extensively to secure the release of all children and citizens who are held captive by terrorists. The Chief of Army Staff Major Gen. Tukur also claimed that Nigeria is winning this insurgency war against Boko Haram.