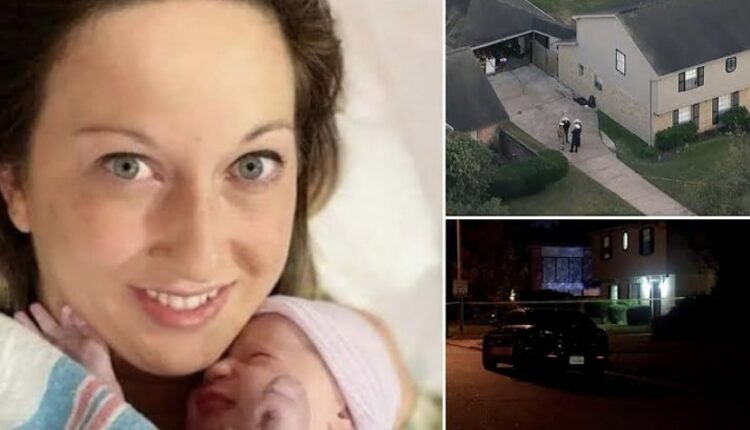 Heidi Broussard, 33, was last spotted dropping off her son at his elementary school in Austin, Texas, with her infant daughter Margot Carey on Dec. 12, 2019.

The search led the police authorities to a home in the Bo Jack area of Houston authorities to a home in the Houston area late last night where they found Heidi’s body in the trunk of a vehicle.  An ambulance took the body away and also took the 1 month old baby girl Margot to the hospital who was not found to have secured injuries and was reported completely unharmed.

The identity of the body has not yet been publicly confirmed but the connection of the crime scene to that of Broussard’s disappearance has been confirmed. However, Heidi’s mother, Tammy Broussard identified the body as that of her daughter’s. Her granddaughter Margot is now in custody of child protective services.

The case is now transferred back into the hands of the Austin Police Department from Houston FBI.

A woman suspect has been taken into custody and there has been speculation as to the identity of this woman being a “close friend” of Broussard’s who was plotting to take the baby away from Broussard. The woman faces kidnapping charges and charges of evidence tampering.

The investigation was wrapped up at the crime scene at 1:30 AM, earlier this morning.

In recent times, Texas has been seeing increased crime rates with kidnappings and amber alerts becoming very common news to come around to every day. Recently, an amber alert on the kidnapping of a 4 year old was issued. Also, prior to this, another amber alert on the disappearance of a 2 year old was issued. Both, however, have been withdrawn and cancelled. The police department has taken up measures and issued precautions to keep neighbourhoods safe and crime free.

Brexit deal gets the green signal