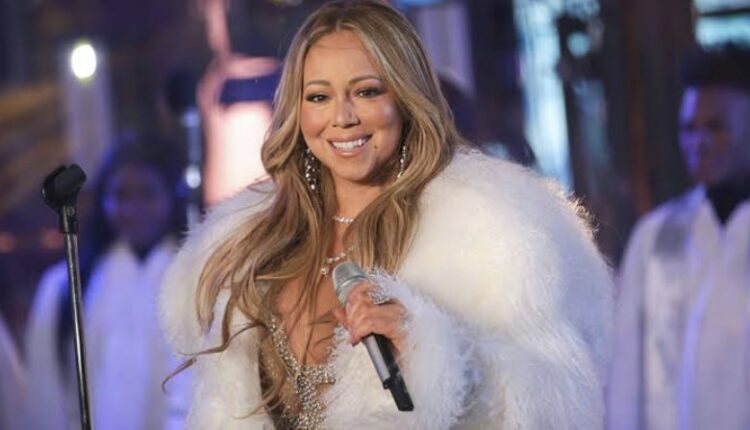 Singer Mariah Carey celebrates her all time festive favourite top hit, All I Want For Christmas Is You, as it finally once again hit the top of the US charts 25 years after it’s initial release in 1994.

Surpassing heartthrob Elvis Presley, her single has clinched the number one spot on the US Billboard Hot 100 for the first time and secured a record 19th chart-topper in the US.

Mariah Carey is more of a solo artist currently, with the most US number one singles with only The Beatles to compete with who have more with 20.

The single “All I Want For Christmas Is You” was initially ineligible to chart on the releases in the US since it was as an EP and not a single. And this meant that it would not be allowed to compete in Billboard’s Hot 100 list.

The song has just been released this year, on its 25th silver anniversary, with the release of its new music video featuring footage that was left unreleased from the original 1994 music video shoot, a deluxe edition of its parent album, and a new mini-documentary about the track and its history.

Carey has not only been in the spot for her music and her career but also for several feuds over her between Rap Legend Eminem and her ex husband Nick Canon who called it quits with her back in 2016.

Having reached the top spot of number one, Carey tweeted: “We did it,” along with a string of happy teary eyed emojis.

“All I Want For Christmas Is You” has allegedly secured 45.6 million streams, 34.4 million radio plays and 27,000 digital sales in the US in the past week itself. Owing to Mariah Carey’s individualistic sound that is unmatched, this does not come as quite a surprise to the world at large.

Hollywood Actors Who Passed Away In 2019