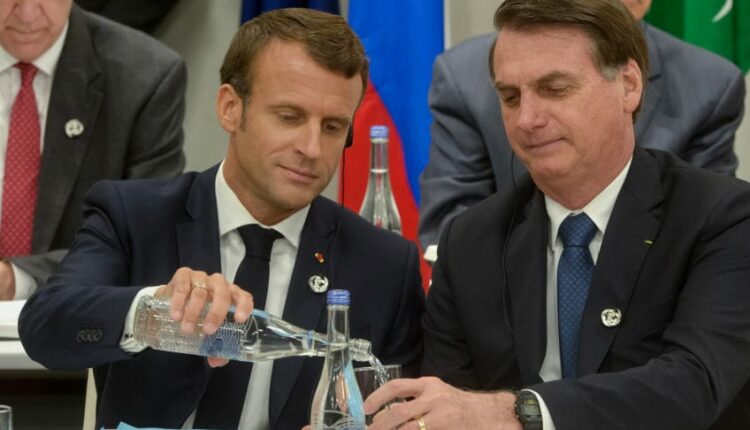 According to a secret report published in a Brazilian media on Friday, in the next 20 years, Brazil’s biggest military threat is expected to be France who could invade Amazon in 2035. The French embassy jokingly put down the words saying that they salute the limitless imagination of the report. Experts believe that this report could add another chapter to the troubled relations of Brazil and France which might redefine the foreign policy strategy.

Brazil’s military elite have their minds preoccupied with France after the last August diplomatic spat between French President Emmanuel Macron and Brazilian President Jair Bolsonaro. According to a premier daily Folha de São Paulo sourced a leaked highest rank and file a military document that said that France would be the country’s biggest threat in 20 years due to the possible dispute over the Amazon.

The 45-page long document named “Defence scenarios 2040” was drafted based on interviews with 500 high ranked army officials who explained their biggest concerns and predictions during individual interviews. But the Embassy of France in Brasilia reacts immediately moments later on twitter saying that they salute the unlimited imaginations of the authors of the document.

According to the article published by Folha de São Paulo, the individual interviews were conducted during the meeting at the Defence Ministry’s Superior School of War which were then compiled to form a 20-year long foreign policy strategy which outlined few possible scenarios. It includes few other delirious hypotheses like organised coronavirus attack in 2039 Rock in Rio music festival by Southeast Asian ultranationalists.

Although the document mentioned four strategic scenarios France was a common threat to all after the Amazon fires hit headlines shocked the world. But the document omits the fact that France is Brazil’s main military partner. Bolsonaro was criticised by Macron for his environmental policies in August. But somehow the scenarios for the next 20 years seem to align with President Bolsonaro’s current agenda which increased international ties between the US and Israel.