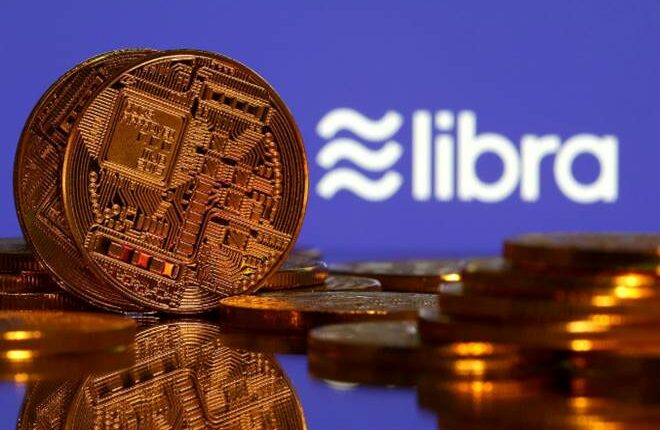 US President Donald Trump recently tweeted and warned Facebook Inc. over its plan of creating the digital currency, the Libra.

….Similarly, Facebook Libra’s “virtual currency” will have little standing or dependability. If Facebook and other companies want to become a bank, they must seek a new Banking Charter and become subject to all Banking Regulations, just like other Banks, both National…

In these series of posts, Trump criticized the virtual currencies or rather cryptocurrencies like Bitcoin, Facebook’s proposed Libra digital coin and others. Trump in the tweet demanded that companies seek a banking charter and make themselves subject to the US and global regulations if they wanted to “become a bank“.

Facebook in the last month said that it would launch its global cryptocurrency, Libra in 2020. Facebook and all of its 28 partners, including Mastercard Inc, PayPal Holdings Inc, and Uber Technologies Inc, would form the Libra Association to govern the new coin. No banks are currently a part of the Libra Association. JPMorgan Chase & Co, the largest US bank by assets, also plans to launch its own digital coins in the near future.

After having an uncertain history with ups and downs last year, Bitcoin, the world’s most-traded cryptocurrency, has soared more than 300% in 2019.

The market reaction to Trump’s comments was quiet. Bitcoin was trading at $11,400 as of 10 p.m. in Washington, which changed a little after the tweet of Trump. The cryptocurrency Bitcoin has more than tripled this year, recovering most of its losses from the 2018 crash, this could only be possible as Libra project helped revive investor interest in digital assets.

The virtual coin named Libra will be built on a Blockchain infrastructure accessible from anywhere in the world. Facebook and all of its partners on the project Libra have set up a non-profit organization in Switzerland to govern its payment network and will hold a reserve of bank deposits and short-term government securities that will back the coin, according to the document provided.

Trump framed his cryptocurrency skepticism in terms of economic nationalism as he tweeted later that :

…and International. We have only one real currency in the USA, and it is stronger than ever, both dependable and reliable. It is by far the most dominant currency anywhere in the World, and it will always stay that way. It is called the United States Dollar!

The Democratic Majority leading the US House Committee on Financial Services circulated a proposal to all the tech giants, stating that the proposal includes preventing large tech firms such as Facebook from issuing cryptocurrencies or providing financial services to its users. According to the sources, the proposal is currently under discussion. Violating such regulations mentioned in the proposal would cost tech firms a mammoth fine of $1 million a day, according to the proposed bill. Facebook has always been attacked by regulators across the globe, mainly because of its privacy concerns.

These proceedings have increased the heat in the crypto-market and the effect is expected to be seen soon. Till then let us wait for the reply and decisions that Facebook would take for securing it’s Libra Project. Keep connected with us to be updated with the latest and trending news every day.