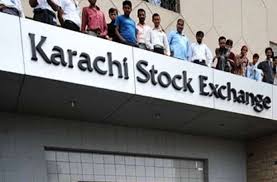 Pakistani stock exchange located in Karachi was attacked by four gunmen. They have been reported to kill two guards and a policeman while several others were wounded before being shot dead.

The assailants launched grenades at the main gate to the building, they also opened fire but police say they failed to make it to the trading floor.

Staff inside took refuge in locked rooms and many evacuated. Security forces continue to search the area.

Militants from the Baloch Liberation Army have accepted that they were behind the attack.

Ethnic Baloch groups have fought a long-running insurgency for a separate homeland and a greater share of resources in Pakistan’s Balochistan province.

Pakistan has suffered years of militant violence, mostly by Islamist groups, but attacks such as this one have are seen very rarely as of the last few years.

Monday’s attack began when the militants armed with automatic rifles threw a grenade and then began firing at a security post outside the stock exchange.

Sindh police additional inspector general Ghulam Nabi Memon said the attackers did not manage to enter the main building and grenades, explosives and other weapons were recovered from them. The Pakistan Stock Exchange confirmed that no militants made it into the building.

Its director, Abid Ali Habib, said the gunmen made their way from the car park and “opened fire on everyone”.

It was not immediately clear if more assailants were involved, prompting an extensive search of the premises by security forces.

Reports say most people at the stock exchange managed to escape or hide in rooms.

“We locked ourselves in our offices,” Asad Javed, an employee at a brokerage in the building, told Reuters news agency.

The exchange is situated in a high security zone along with head offices of banks and other businesses. It has offices for hundreds of financial institutions and says up to 8,000 people work there on a normal day.