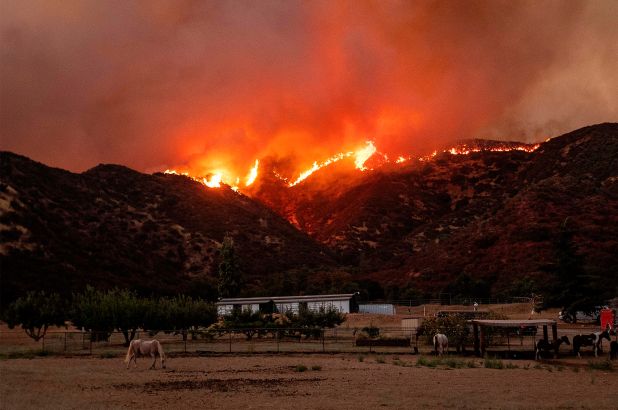 The fire in the US California forests is spreading fast on Friday. It is named ‘Apple Fire’. By Sunday, it had engulfed an area of 20 thousand acres. Due to this, the temperature is increasing in many areas. The fire department has ordered people to move to a safer place. So far 8 thousand people have left their homes. It has a greater impact on the southern part of California.

The danger of fire and flare from strong wind

Florida received heavy rain on Sunday due to the recent cyclone. As per the Meteorological Department, its speed is still less than before. However, it is likely to intensify. If it moves towards California, there is a risk of fire due to the strong wind. The meteorological department is monitoring it and is in touch with the fire department.

California is warmer than in other areas of the US. This is the reason that forests often catch fire here during the summer season. This cycle continues until the arrival of the rainy season. However, fire incidents have increased in the last few years. Residential areas have increased near forests in California. In such a case, the damage is more due to fire. Given this, the Fire Department has also identified some areas where the risk of fire is high.

In 2019, the wildest fire of 85 years was in the forests of California, USA. More than 31 people have died due to this. Hundreds of people had gone missing. It was the largest fire in the California wilderness since the 1933 fire in Griffith Park, Los Angeles. This caused a fire in an area of about 83 thousand acres. About 3 lakh people had to leave their homes and move to other cities.