America: Eric Garcetti may be the next Ambassador to India, a trusted ally of President Biden 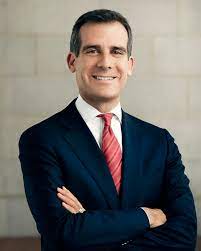 America is expected to nominate Los Angeles Mayor Eric Garcetti as ambassador to India by next week. The Axios report described Garcetti as Biden’s trusted political ally. The report says that Biden has invited some applicants to offer them to the country where they want to serve them.

According to information, Eric Garcetti has served as co-chairman of Biden’s presidential campaign. He was reportedly reduced after a sexual harassment lawsuit against one of his former colleagues, Rick Jacobs. At the same time, Garcetti’s spokesperson and the White House have refused to comment. Biden began reviewing the names of potential ambassadors in March and officials are collecting the first batch of names to be sent to the Senate.

Different names are being considered for the position of Ambassador

Other names being considered for ambassador positions to include career diplomat Nicholas Burns for China, former Deputy Secretary of State for Israel Tom Nides, former Mayor of Chicago, and White House Chief of Staff Rahm Emanuel for Japan, while American envoy is the international lawyer Mark Gitenstein.