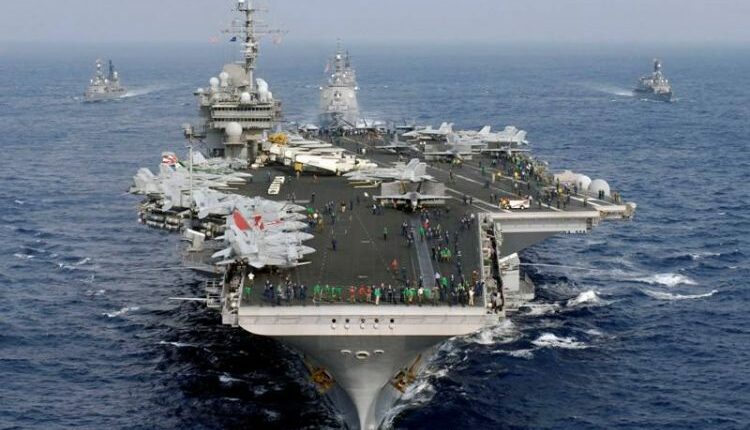 Two ships have been at the sea for 161 long days and counting, as to limit their crew members’ from being exposed to Covid-19. This blew a previous Navy deployment record on Thursday.

On January 17, The aircraft carrier USS Dwight D. Eisenhower, nicknamed Ike, and its guided-missile cruiser USS San Jacinto departed their home base in Norfolk, Va for training missions. As the rate of COVID-19 patients increased drastically after three months, they were ordered not to dock at any of the oversea ports.

The difficulties presented with extended periods at sea include not allowing crew members to rest on land, and not letting experts and technicians on to perform repairs.

The sailors participated “in a ‘rest & reset’ period at sea, coming off-station for a short period of time to allow the crew to relax and re-energize with morale events such as swim calls and steel beach picnics,” the Navy said.

Sailors planned Waffle Saturdays and steel beach picnics, where sailors are allowed to wear civilian clothes and barbecue on the flight deck. They also hosted cigar socials along with jazz music in the background and got competitive with slam dunk basketball contests, according to reports.

On the San Jacinto, sailors substituted a mustache contest for the March Madness tournament. The 64-person bracket competed to see who could grow the ugliest mustache.

“Our ships remain undeterred in the face of adversity and this monumental feat will only make our crews and the Navy stronger,” Capt. Kyle Higgins, USS Eisenhower commanding officer, said in a statement. “I’m so proud of the young men and women I see on the deck plates each and every day. Their dedication to the mission is what makes our Navy the greatest fighting force the world has ever seen.”

Despite the COVID-19 restrictions, both ships’ crews have remained mission ready.

The ships’ records surpassed the aircraft carrier USS Theodore Roosevelt, as this operated for 160 days straight in support of post-9/11 response in February 2002.

Top 20 Richest Actor In The World