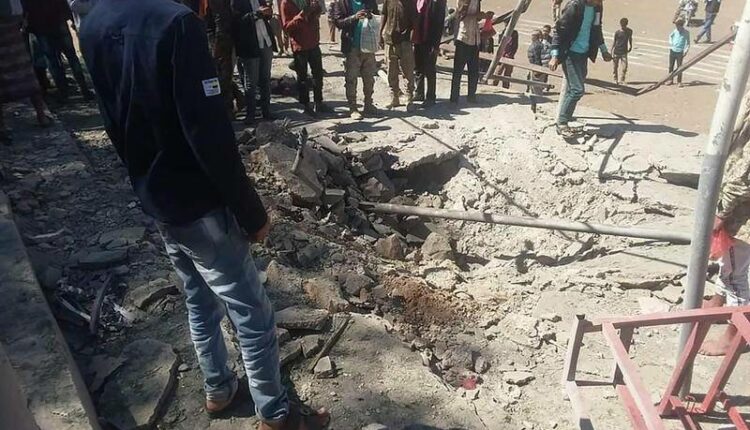 According to medical as well as military sources, Houthi rebels have killed at least 70 Yemeni soldiers in a missile attack on a mosque in the central province of Marib. This attack was done to a mosque which was in a military camp in Marib which 170km east of Sanaa during the evening prayers on Saturday. The casualties were transported to Marib City hospital.

The fight between Yemen’s internationally recognised government backed by a Saudi-led military coalition and Iran-backed Houthis has been going on since 2014 when the rebels were able to seize the northern capital of Sanaa. According to the statement given to Saba News Agency, the Yemeni President Abd Rabbu Mansour Hadi condemns this cowardly terrorist attack. The report did not mention the death toll though.

The President calls the actions disgraceful saying that it is confirmed the Houthis do not want to achieve peace. On the other side, the Houthis did not make an immediate claim of responsibility. The President also said that the Houthis knows nothing but death and destruction and is a cheap Iranian tool in the region. According to Al Ekhbariya television, the attack was carried out with ballistic missiles and drones.

Several thousands of Yemeni people which mostly included civilians have been killed were millions have been displaced since 2015 when Saudi Arabia along with its allies gets involved to help the Yemeni government fight the conflict against the Houthi rebels. The Saudi led coalition tried to restore the government of President Abd-Rabbu Mansour Hadi as the Houthis capture the capital Sanaa now the government is based in the port city of Aden.

The Houthis who still control the important Yemen urban centres deny being puppets of Iran claiming to fight against the corrupt system. This conflict in words of the United Nations is the world’s worst humanitarian crisis pushing the country to the edge of famine.