With the popularity of social networking sites, it has become a piece of cake to turn a small incident into a national issue. All it takes is one legit picture, a catchy or provocative description, tagging of equally dedicated online Facebook friends and just a click of the option ‘post’.

The statistics speaks for itself. We liver in a country with the second largest population in the world, which easily sums up the third largest internet users in the world (over 243million users)

We sure may have the numbers on our side, we may have the latest technologies but most of us still have the same old typical Indian mentality, that is our ability to judge quick, be it in the real world or the internet world.

Only a few months ago last year in December, every news channel and the internet world were praising two sisters who braved the odds and beat up a young man who was reported to have been acting inappropriately with the girls while they were travelling together in a public bus.

It didn’t take a moment for the bashing to begin. As soon as the video posted by a passenger who recorded a portion of the incident(a portion) went viral in the internet,many lashed out with very serious and threatening comments, blaming the guys in every way they could. Girls were blaming guys, guys were blaming other guys, it was mayhem in the comment section. The whole brave sisters fight thing gained so much media attention that they were even about to be awarded on Republic day by the Haryana government for their daring feat.

Then finally the truth was out. The way the public shifted their support from the sisters to the guy was epic. Are we so easily moved? But then I thought this would be a wake up call for all those quick to judge people out there. I was wrong.

Earlier in May, another video footage went viral like crazy, in which a traffic police is seen hurling a brick towards a woman in front of her child. Based on the way the video was shown, the poor constable was portrayed clearly as the bad guy and the lady a hero mother.

The woman said that the cop had hit her because she didn’t pay the bribe he demanded. But later on with the help of an audio clip, the constable was able to tell his side of the story. And boy was it eye opening.

What the constable did? hit her with a brick (I’m not saying its a good thing), what the lady did, hurl abuses, didn’t cooperate with the officer when license and papers were asked even after her little daughter crying at the back pleaded her to, throwing a brick on his motorbike and more abuses. Yes, it is a funny world that we live in..

Now the latest one, a girl named Jasleen Kaur’s post about a guy named Sarvjeet Singh who eve teased her and challenged her to file a complaint. I’m I the only one who can see the pattern here?

The poor guy was called a molester, a rapist, a pervert, a mawali and what not by fellow netizens. But hey come on, who wants to know about a guy here. So the guy finally couldn’t take it any more and then did something that most people didn’t even knew existed, which is, ‘tell the other side of the story!’. Now I’m not an expert on the subject but the way he wrote it seemed like he never belonged as a backbencher in the class. Here’s the reply.

The only problem when incidents like his occur is when someone really suffers a problem and decides to use the internet to share his/her experience, the public will question the authenticity of their story. It becomes a hindrance for people who suffer the real problems because some people use that advantage, that ‘I am the victim’ kind of post or stories advantage just to degrade the other person as an act of revenge, because of their own petty personal issues, like getting their big ego hurt. 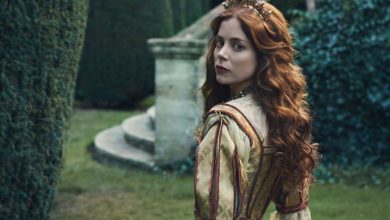