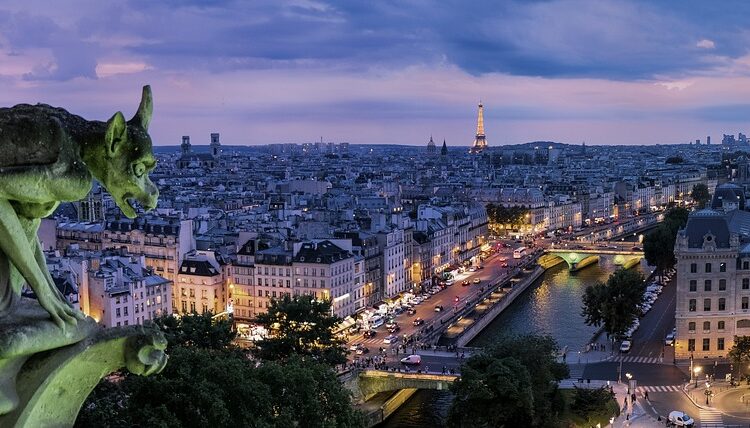 Most Popular And Exciting Europe Trips: Europe has amazing travel opportunities for both long and short term travel as many other countries are quite literally on your doorstep. France is famous for fashion, Italy is known for mind-blowing delicious food. Olive-oil infused focaccia bread and freshly cooked pasta in Italy, succulent bratwurst sausages and cheeses in Germany, creamy goats cheese salads are the world’s famous dishes, and of course, champagne will make your day amazing, especially for foodies. In fact, many European cities are seen as romantic destinations.

Today is the perfect day to plan your holiday in Europe.

Here are the 5 amazing, most popular and exciting Europe trips of 2020.

Italy is famous for its cuisine, design, culture, fashion and much more. Italy has left a mark on the new-age. The capital city, Rome is the home to the Vatican as well as the ancient ruins. It includes Florence houses the Renaissance treasures – paintings, paper, and leather.

Venice, known as sinking city of canals is the best place for underwater poles. Magnificent monuments and museums are of highest attraction.

It is a 16 days trips starting from Munich and ends in Frankfurt, via Augsburg, Heidelberg, and the perfectly preserved streets of Rothenburg ob der Tauber. Munich is popularly known as beer gardens where Frankfurt is known as the financial city of Germany.

England, France, Italy, Belgium, and Switzerland are known as 5 country European Splendor. It is famous for its history, culture, glorious countryside and dramatic coastline. One of the best-known prehistoric monuments in Europe is Stonehenge. Tate Modern is the shining star in London’s incredible art-scene with ground-breaking installations and exhibitions.

You can take a tour of locations used in the Harry Potter films, from Diagon Alley to the Ministry of Magic. You can visit the cafes in Edinburgh, where J.K. Rowling wrote the books and then tour Alnwick Castle—which you’ll recognize as Hogwarts.

Berlin and Dresden in Germany and Prague in the Czech Republic are the artiest capitals of Central Europe.

5) Best Of Switzerland And France

Interlaken and Lucerne in Switzerland and Paris in France is the best place for romance. The itinerary will capture the beauty of Europe. Lyon is the third-largest city in France, known for its nap-inducing feasts, but a slew of innovative restaurants is waking up the streets.