Best Things To Do In Oxford, Oxford, known as the “City of Dreaming Spires” is a city located in the South East region of England. It is famous for the fascinating Architecture of its University buildings which has been a home to many scholars. The first college under the Oxford University was established over 800 years ago. Thus the city is a blend of Ancient and Modern architecture which has plenty to offer while on a visit. Be it visiting any of the ancient colleges or museums,  going out for shopping and food, watching a show or partying all night,

Here are the 10 Best Things to do in Oxford

Of Course, the first thing to do would be to visit the Popular University of Oxford. Its colleges and buildings are found all over the city. The colleges showcase diversity, displaying both ancient and modern architecture. Some of the famous colleges are University college (Oldest), Whadam college, Kellogg college and St Hugh’s. There are total 38 colleges under the University blazing English History and Tradition.

The unique and fascinating architecture of Oxford has been used in many film and TV locations. The Warner Bros. Studio Tour will take you in the Magical World of Harry Potter showing all the locations and special effects used during screening. In The Inspector Morse guided tour you can view the pubs and buildings familiar to Morse, Lewis and Hathaway. Another famous Tour is the Downtown Abbey Oxford Tour based on the popular Downtown Abbey TV series.

If you are in the mood for art or music, there are theatres located all over the city. The renowned Sheldonian theatre and North Wall Arts Centre showcase beautiful Music and Drama performances. The best theatre for Adult shows is The Old Fire Station. Other renowned theatres include Oxford Playhouse, New Theatre Oxford and Burton Taylor Studio.

The city is also famous for its ancient museums among which is the World famous Ashmolean museum. The collections range from Egyptian mummies to Contemporary art. The University has its own museum named Oxford University Museum of Natural History. It is the centre for a scientific study which holds significant collections of geological and zoological specimens. Other famous museums include Pitt rivers museum, Museum of Oxford, The story museum and Modern art Oxford.

Oxford also consists of many religious and sacred sites among which is the magnificent Christ Church. University Church of St. Mary the Virgin, The Oxford Oratory Church of St. Aloysius  Gonzaga and Holy Trinity Church are other fascinating churches. One can enjoy Choral Evensong during the evening in which some parish churches sing beautiful music.  Other religious sites can be visited in colleges like Magdalen college and University college. These colleges also host the Choral Evensong.

The most famous Architectural building is the Bodleian Library, which is the heart of the University. Here you can discover the University’s fascinating history which includes ancient manuscripts, work from Shakespeare and a letter from Albert Einstein. The library is also one of the locations for Harry Potter scenes. Another famous library is the Weston library which was formerly known as the New Bodleian. Radcliffe library is a must visit and is considered as English’s first example of a round library.

Oxford offers various sightseeing tours on cruises some of which include drinks, tea or meals. These water tours are a great way to relax and explore the beautiful sights of the city. The famous one is the tour of The University Regatta where one can encounter Wildlife closely.

When it comes to Shopping Oxford incorporates small indoor malls and many street markets that have a vast variety of products matching with the latest fashion trend. It is the perfect place to buy a gift for your loved ones at home. The malls include Westgate Oxford, Clarendon Centre and Templars Square Shopping Centre.  Oxford Covered Market and Oxford Thursday Market are the most famous ones among many other street markets in Oxford.

One should at least take out a night of their visit to enjoy the beautiful Nightlife in various Bars and Clubs. You will not be disappointed if you are in the mood for a few drinks as there are many Clubs and bars in the city. Raoul’s is described as the Best Cocktail bar in Oxford by many visitors.  Many Comedy clubs are also open at night like The Glee Club and Jericho Club.

If you have a limited time in Oxford the best way to explore the city is through walking or bike tours. These tours will take you to the most attractive places in Oxford and various college visits. With so many historical buildings and famous colleges, this will give you a perfect glance at the city’s amazing history and tradition. 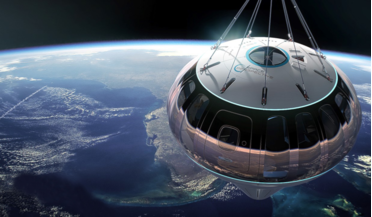 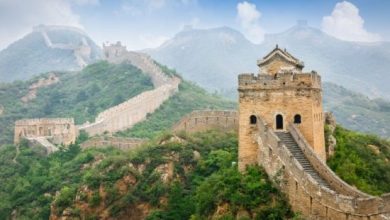