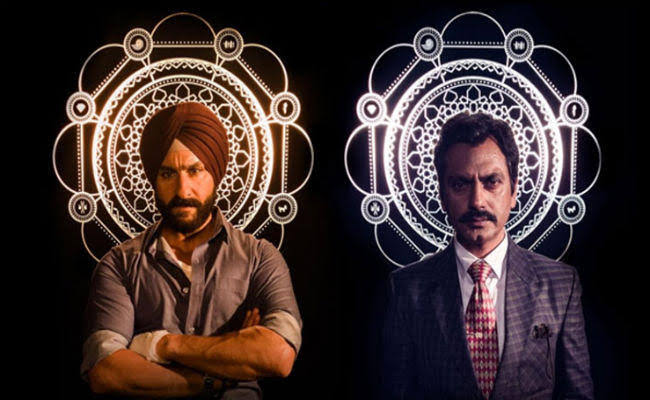 The much-awaited Netflix original, Sacred Games Season 2, started streaming on August 15, where Saif Ali Khan and Nawazuddin Siddiqui are in lead roles, has been leaked by the most unfamous piracy site Tamilrockers just within a few hours. As the files have been ripped directly from Netflix, the bootlegged version of Sacred Games is clean with good video and audio quality. And the worst part is that about eight episodes of sacred games season 2 which went live at 12 am on Aug 15, were leaked and was available for free online download.

Netflix India has invested Rs 100 crore in the making of Sacred Games 2, which is the highest any streaming site has invested in any Indian content on any digital platform. Now, it seems that the business has been drastically affected as the streaming site has lost around 5-7 per cent of its potential subscribers as Sacred Games 2 got leaked on the same day of its release by Tamilrockers. Also, if the content is available for free online, the existing users may feel cheated and may move out which is a sad sign for Netflix. The leak will create a dent if we consider subscription as the biggest means of revenue.

Game of Thrones, Narcos, Avengers: Endgame is the most popular shows that have ended up on the piracy website, Tamilrockers creating a great issue of concern for filmmakers and producers as it directly hampers to film business. It recently leaked Rajkummar Rao and Kangana Ranaut’s Judgemental Hai Kya also. In fact, the week’s two big releases – Akshay Kumar’s Mission Mangal and John Abraham’s Batla House were also leaked by the Tamilrockers.

Meanwhile, Sacred games 2 have opened up with positive reviews. The show revolves around a crime lord Ganesh Gaitonde (Nawazuddin Siddiqui) and Mumbai cop Sartaj Singh (Saif Ali Khan). This time Netflix has introduced the concept of showrunner where Vikramaditya Motwane is the showrunner for Sacred Games 2 and has two directors – Neeraj Ghaywan and Anurag Kashyap.