Student of the Year 2 Movie Leaked Online By Tamilrockers: Available For Free Download 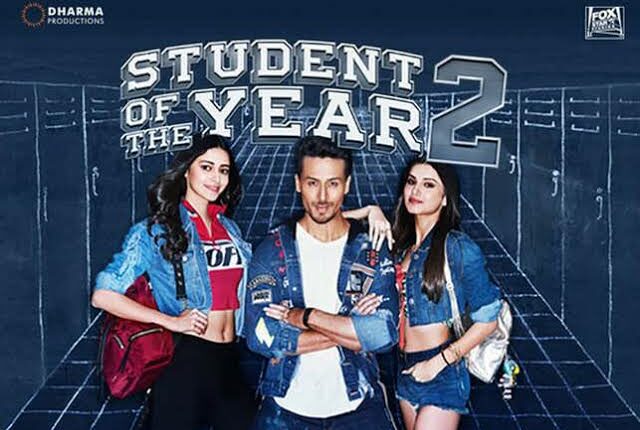 Tiger Shroff, Tara Sutaria and Ananya Panday starrer Student of the Year 2 film is among the Big Bollywood movies to land on torrent site TamilRockers. The film hit the screens on May 10 and within few hours of the release, Student of the Year 2 was available on online illegal streaming sites for free download for users. These piracy websites upload high-quality versions of Kollywood, Bollywood and Hollywood movies and shows.

Despite the attempts made by the Madras High Court to block piracy sites, after a plea by Lyca Productions, Tamilrockers continue to operate. We urge everyone here to stay away from any links which support piracy of movies as it causes loss of crores to film industry. This piracy website includes Jio rockers, Bolly4u, Khatrimaza, Moviesda, Madrasrockers, and Isaimini.

What Student of the Year 2 Is All About?

Directed by Punit Malhotra, Student of the Year 2 revolves around an inter-school sports competition which, for some reason, is considered prestigious. The film brings us the tale of friendship, love, sportsmanship and companionship where Tiger, Ananya and Tara fight for love. The film is a sequel to the Karan Johar-directed romantic comedy-drama Student of the Year in 2012.

Tiger Shroff who played the role of  Rohan, a student from Pishorilal Chamandas college who dreams of joining the elite St. Teresa to rekindle his romance with his childhood sweetheart Mridula aka Mia, the role played by Tara Sutaria. Also, he dreams of winning the coveted ‘Student of the Year’.

Student of the Year 2 Reviews

The film Student of the Year 2 received mixed reviews from critics with respect to script and unreal situation receiving criticism. This Karan Johar production film is based on a no-classes-no-books rule which completely forgot to focus on logic and continuity in the process. All the performances and forgettable songs are set in an ultra-glamorous way.

It had an average opening with an occupancy rate of 20-25% with an earning of ₹11.75-12 crore net on its first day. But, the film stopped screening at most theatres due to a drop in collections in the second week.

#StudentOfTheYear2 @ananyapandayy was looking beautiful & hot but her role was not written properly. Not only hers but entire movie there were poorly etched characters roaming in rich cars..#TaraSutaria looked very confused..

Recently watched #StudentOfTheYear2 as illogical as part 1… Dont know how they could think of making a sequel for such movie.. @iTIGERSHROFF was as usual good in action & dance sequences but when it comes to acting this guy cant emote..Looks like a duffer ????