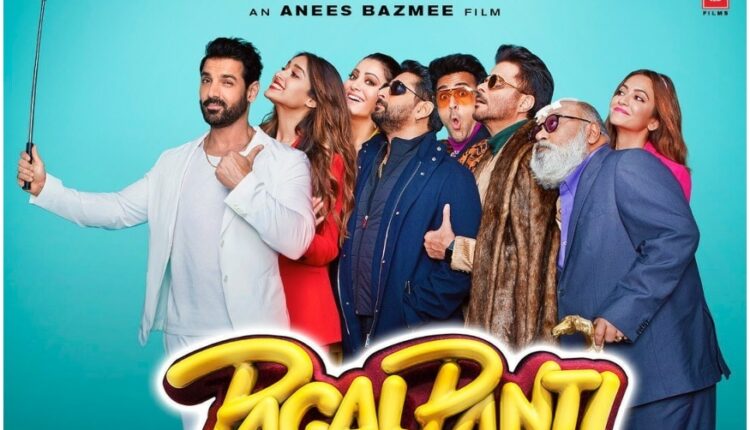 Tamilrockers is again in news. This time the victim is the movie Pagalpanti, starring Anil Kapoor, John Abraham, Arshad Warsi, Ileana D’Cruz, Kriti Kharbanda, Urvashi Rautela, Pulkit Samrat, and Saurabh Shukla. And surprisingly, this time the leaking speed was high (as the film leaked on the same day when released) and the worst part it was in HD (high definition) quality. The Bollywood comedy Pagalpanti was released on November 22, 2019, and has just managed to earn only 15% on the first day. Just look at the power of Tamilrockers! Country’s rules and regulations can be easily ignored despite being 2000 piracy websites banned by the Madras High Court. Having good cyber technology, Tamilrockers every time come up with new domain and website and continues to start hitting the latest movies.

Earlier big-budgeted films like Marjaavaan, Kabir Singh, Bala, Housefull 4. Gully Boy has been the victim of piracy. This poses a threat to producers and the whole team of the film as the business gets negatively affected and the box office collection gets hampered. The industry has been struggling to keep an eye on illegal piracy websites whenever a new movie hit theatres, as every time they come up with a new domain when banned.

What Pagalpanti Movie Is All About?

Directed by Anees Bazmee, the Bollywood action comedy film Pagalpanti is a story of 3 men plan to get rich along with their girlfriends by fooling 2 gangsters and robbing them. This happened when people consider them losers in their lives. The film is produced by Krishan Kumar and Bhushan Kumar under the banner of T-Series along with Abhishek Pathak and Kumar Mangat Pathak under the banner of Panorama Studios.

The trailer of the film garnered 19 million views since its release on 22 October 2019 by T-Series. The total opening weekend collection of Pagalpanti is ₹19.50 crore with a worldwide gross collection of ₹27.95 crores as of 24 November 2019. “Walla Walla”, and “Thumka” are top songs.

Pagalpanti has failed to impress critics and audience as it lacks quality but increase in quantity in terms of unnecessary songs, slapstick humour, car chases. As the name suggests, the film is not to be taken seriously. Anees Bazmee plays the role of a funny guy with witty one-line dialogues but in the absence of a tight script, even that won’t make the desired impact. There are a lot of characters with a lot of unnecessary elements in the film ending up throwing everything.

Here are the top tweets of the Bollywood comedy Pagalpanti.

What a crap i just watched. It's a complete piece of Trash!! Poor script, No story, Confused screenplay, only overacting by all the stars. ? 1*/5*

Stay away from this shit !!

Watched #Pagalpanti and i LOVED it! I think i barely blinked to find out what happens next throughout the film. Every character was so lovable and fun! And love how glue was used like a super power! @TheJohnAbraham @ArshadWarsi @PulkitSamrat @Ileana_Official @kriti_official