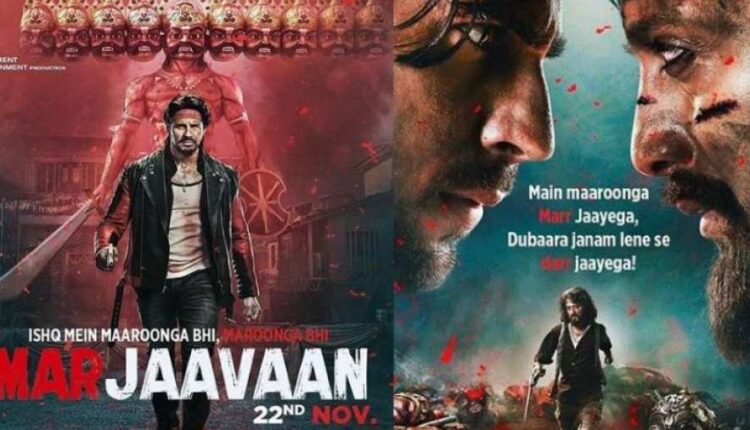 Marjaavaan starring Sidharth Malhotra, Tara Sutaria, and Ritesh Deshmukh in lead roles has now fallen prey to online piracy site, Tamilrockers. Yes, you heard it right! This happened soon after the film came into big screens on 15th November 25, 2019. The whole print is available on the piracy website which has given the option to the audience to download and watch it at home in various HD formats. And on top of that, the film has failed to impress critics and has received mixed reviews from the audience. This has created a roadblock in box office earnings and definitely not good news for producers with a total opening weekend collection to ₹24.42 crores. The film was about to release in October but has experienced an experienced a major delay.

The people who heard it for the first time, this is not new. For a long time, Tamilrockers used to leak Tamil movies and due to strong networks, it has extended its reach to Hollywood and Bollywood movies. The most awaited Avengers, Netflix Sacred Games Season 2, the recent Bollywood blockbuster movie, Bala and Housefull 4 all have fallen prey to piracy website. Films often go through a heavy loss as it engages lots of viewers to watch the film through an illegal and unverified source.

What Marjaavaan Movie Is All About?

Produced by Bhushan Kumar’s T-Series and Nikkhil Advani’s Emmay Entertainment, the film Marjaavaan is a revenge saga where Sidharth and Tara essay the role of a couple in love. Tara plays the role of a mute girl and Ritesh is the villain in their love story. The performance of Ritesh has been appalled by many and has already created a strong buzz among his fans.

The film has a worldwide gross collection of ₹48.53 crores as of 21 November 2019. Tum Hi Aana is the theme song of the film where Thodi Jagah’ sang by Arijit Singh is touching and trending among fans. ‘Haiya Ho’ and Ek Toh Kum Zindagani’ is smoking hot in the movie.

The film Marjaavaan received mixed reviews from critics and audience. The heavy-duty dialogues don’t match with weak and clichéd plotline through all emotional boxes were checked. But, there are certain shades in the movie which has entertained the audience. These shades have added up a proper Bollywood masala. Some scenes are well written but it would have been best if this would have consisted of the whole film.

Well, every fight and the emotional scene plays out in the rain where blood drops rhythmically to the ground. And the film starts off with a line: “Mumbai… jahaan khoon aur paani dono behte hai aur dono ka hisaab chukana padta hai.” Sidharth tries his best to shine and he did in some scenes but a bit weak overall.