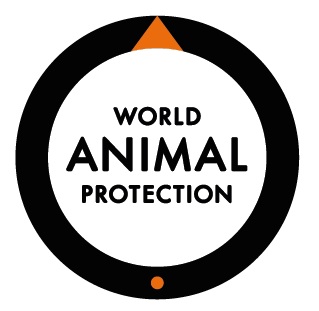 Last year, the consequences of our destruction of wild animals and their habitats became crystal clear as the COVID-19 pandemic spread across the world and caused unprecedented suffering and economic loss across the world. COVID-19 and other animal-borne diseases like Ebola, MERS, HIV, bovine tuberculosis, rabies, and leptospirosis are spreading at an unprecedented rate. These are responsible every year for over two billion cases of human illness and over two million human deaths. Sixty percent of emerging infectious diseases are zoonotic. (1)


World Animal Protection (A bear in captivity, Wild animals deserve to be free)


For this and other reasons globally over one million people including over 150000 from India signed a World Animal Protection petition calling on the G20 to put an end to the wildlife trade. We welcomed the action taken by the G20 Agriculture and Water Ministers calling for the drawing up of a list of wildlife species and conditions under which they could present significant risks of transmitting zoonoses. However, to our knowledge, this has not been done since this was agreed last year.


World Animal Protection also believes that the G20 must focus on the risk that comes from intensive livestock farming where unsanitary and cruel conditions for animals are leading to the spread of zoonoses and antimicrobial resistance (AMR). The increased demand for animal feed for intensive livestock farming also leads to further destruction of habitats for wild animals and deforestation. It is a cruel cycle, where humans and animals are the ultimate losers.


“World Animal Protection applauds the Prime Minister’s call in G7 meeting on 12th June 2021 for following a “One Earth, One Health” approach to effectively deal with the coronavirus pandemic globally.”


At a webinar, we hosted earlier this month on the topic of One Health approaches to pandemic prevention, we debated with high-level Italian officials how we could tackle the wildlife trade and other sources of zoonotic disease. World-famous primatologist and anthropologist Jane Goodall called for urgent action to be taken.


“In India, wildlife continues to be traded legally and illegally across the country and there is a real risk to surviving wildlife populations from this continuing commerce as well as the risk of spread of zoonotic diseases. Whilst the country has done a lot to protect wildlife and spread respect and compassion for animals, a lot needs to be done to stop the destructive and counterproductive wildlife trade within India and the transborder wildlife trade,”


World Animal Protection (Chickens in a cage, Overgrown due to overuse of antibiotics leading to an AMR crisis)


World Animal Protection welcomes the focus of the Italian G20 Presidency on a One Health approach to the issue of pandemic prevention – addressing animal, human and environmental health together. World Animal Protection requests the Prime Minister of India to endorse the One Health Call to Action drafted by the Italian Presidency in collaboration with WHO, FAO, OIE and UNEP. We believe the implementation of the recommendations in the Call to Action would be a significant first step towards pandemic prevention. An approach that highlights pandemic prevention must also put an end to the inter-country trade in wild animals & wild animal products.


Therefore, World Animal Protection requests the Prime Minister of India to ensure that the list of high-risk wildlife species and conditions is created as soon as possible at the highest level. We also actively encourage G20 countries to establish and enforce domestic bans on the trade in wildlife and wild animal parts.


In addition, the threat posed by industrial farming to pandemic spread and anti-microbial resistance must be a focus.


World Animal Protection would like to call for the drawing up of a list of intensive livestock farming conditions which could present significant risks of transmitting zoonoses and AMR.

Farm animal welfare must be improved in order to stop the overuse of antibiotics in industrial farming, that is contributing to an AMR crisis.


The world faces a choice – will we come together to face common threats and promote prevention of pandemics through a One Health approach that ends the wildlife trade and tackles the threats of Industrial farming and AMR or will we face the prospect of the further loss of millions of people’s lives to the next pandemic? Now is the time to take action.


Report to the UK Department for International Development. 2012.