WISeKey already offers a service to authenticate and validate drone NFTs to allow the exchange of information or value with each other. This tokenization capability is a way to answer the regulatory FAA’s Remote ID requirement which became effective on March 1, 2021, requires every drone sold in the U.S. that weighs more than 0.55 pounds to be equipped with secured and trusted capabilities to broadcasts its location and identification to local authorities. 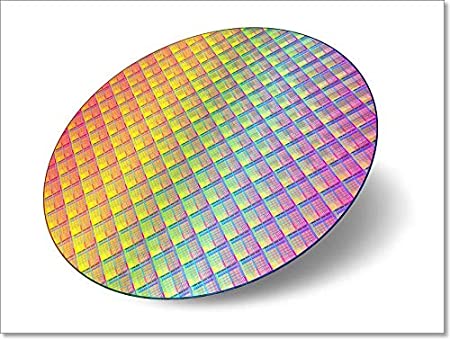 Geneva, Switzerland – February 18 , 2022: WISeKey International Holding (“WISeKey”, SIX: WIHN, NASDAQ: WKEY), a leading cybersecurity, AI and IoT company, WISeKey security chips are being used to protect all sort of IoT devices such as #drones and their captured images, satellite communication from agriculture and logistics sensors. These semiconductors, when placed on any object, securely issue NFTs to authenticate and track the object much like an embedded ePassport and confirm the identity of the object on the Blockchain ledger. This digital identity, used throughout the object’s lifetime, allows them to become a “Trusted Object” of the Internet, prove their identity and provide verifiable data. WISeKey IoT and data analytics help supply chain managers to make decisions on their objects and prevent possible accidents or other delay-inducing occurrences that happen on the way.

The supply-chain benefits from the billions of WISeKey’s secure chips are already embedded in high-tech products and goods to protect data, communication and firmware against cyberattacks. This includes routers, modems, energy smart meters, drones and medical devices, to mention a few.

A WISeID Digital Identity is injected on the NanoSeal Semiconductor installed on the physical object that it is combined with smart contracts, while physical contracts are included on the NFTs to describe the usage rights of the NFT buyer, including monetization of their assets. WISeID is a trusted identity service that enables strong authentication techniques. WISeID supports online KYC onboarding, OTP and digital certificate login, and an innovative “hands-free” secure login based on QR-Codes which users can read using WISeID suite of mobile applications without even having to type any passwords.

WISeKey already offers a service to authenticate and validate drones NFTs to allow the exchange of information or value with each other. This tokenization capability is a way to answer the regulatory FAA’s Remote ID requirement which became effective on March 1, 2021, requires every drone sold in the U.S. that weighs more than 0.55 pounds to be equipped with secured and trusted capabilities to broadcasts its location and identification to local authorities. The WISeKey NFT platform is Blockchain neutral and allows Blockchain configurations to benefit greatly by the use of secure private keys instead of public keys currently used.  Private keys secure data and transactions which can be only conducted between authenticated parties – thus making it a very viable option for any sort of IoT transaction imaginable. IoT equipped with WISeKey’s Secure Element consists of a tamper resistant silicon chip, based on a state-of-the-art secure microcontroller chip which can be easily integrated to the device by its manufacturers.

The semiconductors NFT powered secure element provide brands with the ability of:

The demand for our IoT semiconductors products has been unprecedented and has reached a point that WISeKey reported a record backlog of purchase orders totaling $39 million at the end of 2021. WISekey has been receiving an average of $1.3 million of new orders per week. While shortages in the semiconductor sector are expected to continue in 2022, WISeKey’s supply chain team is working hard to be able to turn most of this backlog into revenue in 2022, while some delivery schedules run through into 2023.

About WISeKey
WISeKey (NASDAQ: WKEY; SIX Swiss Exchange: WIHN) is a leading global cybersecurity company currently deploying large scale digital identity ecosystems for people and objects using Blockchain, AI and IoT respecting the Human as the Fulcrum of the Internet. WISeKey Microprocessors Secures the pervasive computing shaping today’s Internet of Everything. WISeKey IoT has an install base of over 1.6 billion microchips in virtually all IoT sectors (connected cars, smart cities, drones, agricultural sensors, anti-counterfeiting, smart lighting, servers, computers, mobile phones, crypto tokens etc.). WISeKey is uniquely positioned to be at the edge of IoT as our semiconductors produce a huge amount of Big Data that, when analyzed with Artificial Intelligence (AI), can help industrial applications to predict the failure of their equipment before it happens.
Our technology is Trusted by the OISTE/WISeKey’s Swiss based cryptographic Root of Trust (“RoT”) provides secure authentication and identification, in both physical and virtual environments, for the Internet of Things, Blockchain and Artificial Intelligence. The WISeKey RoT serves as a common trust anchor to ensure the integrity of online transactions among objects and between objects and people. For more information, visit www.wisekey.com.

This press release does not constitute an offer to sell, or a solicitation of an offer to buy, any securities, and it does not constitute an offering prospectus within the meaning of article 652a or article 1156 of the Swiss Code of Obligations or a listing prospectus within the meaning of the listing rules of the SIX Swiss Exchange. Investors must rely on their own evaluation of WISeKey and its securities, including the merits and risks involved. Nothing contained herein is, or shall be relied on as, a promise or representation as to the future performance of WISeKey