Why AQUANEE is expected to become the ceiling of the GameFi 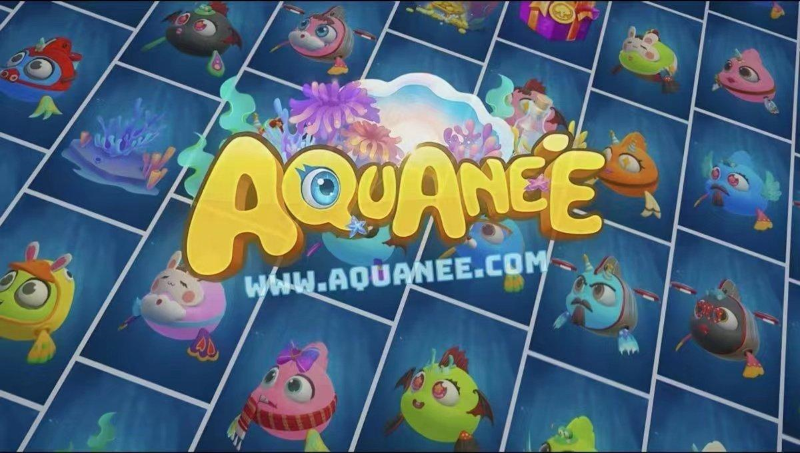 GameFi track also ushered in an explosion at the end of 2021. With the outbreak of the metaverse concept and NFT, GameFi has also swept away the haze of the “shoddy” inherent impression of early encrypted cats. It gives players a different experience in terms of experience and earning while playing. For example, in the recently popular project STEPN, through the purchase of official running shoes NFT and then participating in the game, the market value of STEPN also increased significantly, and even the transaction volume on a particular trading platform exceeded BTC coin.

GMT has only been online for a week, but it has achieved a hundredfold miracle, so how do we choose the next STEPN to get huge returns on investment?

The author looks at the investment potential of GameFi, mainly from the following points:

After combining the above elements, it is not so hard to pick a long-term potential crypto asset, such as AQUANEE, which I have been paying more attention to lately, and which creates an ocean-based metaverse world, so let’s take a look at why AQUANEE is said to be the ceiling of the chain tour.

AQUANEE is a real-time SLG game inspired by the ocean world. All players can hatch and train their pet named AQUA. In the game world, you can obtain survival resources by completing missions and battles, and by collecting and cultivating more resources, you can build your ocean kingdom. Compared with other RPG games, AQUANEE has a lower threshold for participation, and players can participate in fragmented time. At the same time, players can choose different types of game routes according to their personal preferences. The game system is both open and autonomous, providing a wide range of options for players with a wide range of preferences.

The game is launched through the exploration system. Players can trigger major PVE or PVP battles or directly get in-game token rewards, trigger boss battles, and reward high-value items for victory.

In PvP, there are team battles, tournaments, guild battles, and more, in addition to confrontation and single-player story modes.Rich game modes give players different game experiences. If you are a personal hero, you can get rewards by completing your single-player story mode; If you are a team player, you can play AQUANEE with your friends. AQUANEE’s social system will help you communicate and communicate better.

AQUANEE will also have special missions where players must team up with other players against powerful NPCs. The form of the alliance is conducive to allowing AQUANEEs to form cohesion independently.

In AQUANEE, there is an NFT evolutionary cost rule. Two AQUAs can evolve into a new more advanced AQUA. Evolution Path: Ocean AQUA – Land AQUA – Sky AQUA – Cosmic AQUA. Every time AQUAs evolve, the current AQUA is consumed and minted into new, more advanced NFTs. This advanced gameplay speeds up the consumption of tokens, which significantly enhances the sustainability of the economic system.

AQUA will adhere to the ultimate deflationary mechanism in the ecosystem. Whether in-game consumption or game mechanism destruction, it will become AQUA’s destruction machine scene. In the future, the community may regularly use the profits in the ecosystem to buy back AQUA and destroy it. AQUA will be a mechanism enabling carrier within the ecology and further squeeze out the bubbles generated by the game through continuous destruction.

AQUA itself is also governance NFT within the ecosystem with the token AQDC. Holders will be able to participate in voting within the ecosystem, and will also be able to enjoy rights and interests. AQUANEE is a decentralized economic system governed by DAO, which endows the ecology with higher openness, scalability and financial plasticity.

The author is optimistic about AQUANEE becoming a chain travel ceiling

After an in-depth understanding of the AQUANEE metaverse ecological project, I am optimistic about the future of AQUANEE’s core rights and interests in NFT and predict that AQUA will be sought after and will detonate the entire NFT market in early 2022.

There are several reasons why:

The author has recently heard in many metaverse communities that players are talking about the AQUANEE metaverse, and everyone is very excited about expanding its ecology. AQUANEE’s social media in the global field has a high popularity. Generally speaking, a popular project community will surely welcome everyone’s pursuit, and it will explode when it goes online. Popularity is high, social media is more sought after, and capital is optimistic, forming a powerful moat in the AQUANEE metaverse world. In the words of a community member: “AQUANEE will lead the trend of the blockchain world in 2022.”

Why say AQUANEE is expected to become GameFi board ceiling, only you cut to play AQUANEE this game to know, so seize the time, the sooner you participate in the chain tour, the more money, this truth should no one does not know.

For the Tenth Consecutive Year, Persistent Ranked a Leader in Zinnov Zones…