PITTSBURGH, Jan. 11, 2022 /PRNewswire/ — VISIMO, in partnership with the United States Military Academy at West Point, has won an Air Force Phase I Small Business Technology Transfer (STTR) award to develop a legal assistant tool that will use artificial intelligence (AI) to significantly speed up legal advising during use-of-force decision-making. 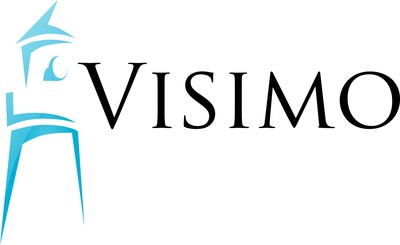 With the development of autonomous weapons, the speed of warfare is increasing. Stationed at combatant commands and Air Operations Centers worldwide, Judge Advocate General (JAG) Corps members provide critical legal advice during combat, including use-of-force decision-making recommendations. However, Judge Advocates are not equipped to keep pace with modern combat.

“The modern battlespace is filled with autonomous systems,” said Dino Mintas, Chief Data Scientist at VISIMO. “Because the JAG Corps still uses a largely manual process for use-of-force review, this creates a bottleneck that endangers the Warfighter and the U.S. military’s tactical advantage.”

Not only will this application benefit the Department of Defense (DoD), but it also has significant implications for improving the civilian legal system.

A study from the Brennan Center for Justice found that public defenders typically spend under six minutes on cases where clients plead guilty and are sentenced in their first appearance. This finding indicates that because of extreme caseloads, defenders cannot adequately represent clients’ interests. When adapted for civilian use cases, VISIMO’s AI tool could help defenders save time by highlighting relevant information in case files.

focuses on the most complex problems surrounding the law of war, including the intersection of law and AI. Legal experts include Professor Michael Schmitt, who is a distinguished scholar at both West Point and the U.S. Naval War College, as well as a senior fellow at the North Atlantic Treaty Organization (NATO) Cooperative Cyber Defense Center of Excellence.

“We’re proud to be the first small business to work with West Point in the STTR program,” said James Julius, VISIMO founder and CEO. “To have top legal experts, including former JAG Corps members, so excited about this project highlights its potential.”

VISIMO and West Point are currently seeking collaborators across the DoD to support the project’s continued development in Phase II. Interested parties are encouraged to contact Alex Heit, Vice President of Partnerships & Strategy at VISIMO.

As you get older, don’t know what to feel, says Dravid as he turns 49