VIEWPARK X SOUNDPARK PARTNER WITH ZUAY THOMPSON and BYO to 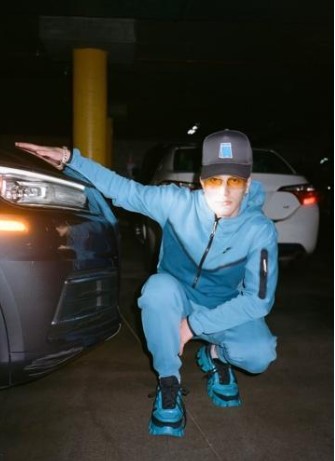 Born in Park Slope, New York, Zuay’s melodic cadences and his stream of consciousness writings create a romantic dichotomy between the New York hustle and his own peace of mind. His understanding of internal and external reflection mixed with his 9 to 5, 5 to 9 attitude allows his music to control a broad range of emotions both light and dark. From songs projecting his rockstar energy and bold approach to life, to songs that combine honesty with deep solitary rumination, Zuay Thompson is a force to be reckoned with.

Zuay has worked with top producers, and collaborated with multiple top artists. While not in a studio, Zuay is in school and works with his in-house creative team BYO Compound.

After meeting through New York celebrity stylist Eddie Wunderlich, SOUNDPARK’s Co-Founder, Krysanne Katsoolis instantly knew that Zuay would be a hit with his clever word play and Brooklyn NY swagger that is a perfect marriage between Web 3, Cannabis and New York based Hip-Hop.

Joseph Clarke, President of SOUNDPARK says, “Zuay to me represents the future of Hip-Hop and BUY THE DIP is the perfect crypto anthem for this generation. I could tell instantly that Zuay is a star and has what it takes to be competitive against anybody on top of the music industry right now. When I first met Zuay and Liam Wahl, BYO Compound’s COO, in my office I was shocked to see how humble they both were. They are both very creative, very business savvy and have their minds wrapped around the bigger picture. Zuay has real a passion for the hip-hop culture, and they are both businessmen not just amazing artists which is another reason SOUNDPARK supports them 1000 percent!”

Zuay Thompson/Liam Wahl says, With the music space shifting so rapidly, we’re excited to work with SOUNDPARK/VIEWPARK and develop an experience where music exists not only in a physical reality but in a virtual reality as well. Zuay’s music hits so many levels within the culture. By blending crypto, hustle, music, and style, Zuay is unapologetically himself as he paves his own lane.

VIEWPARK’s CEO, Krysanne Katsoolis, comments, “Zuay exudes star quality. Not only are his lyrics catchy, current and relevant for a web3 generation, but he also has a unique stand-out style which together with his music will make him an international star.  We couldn’t be prouder than to work with Zuay and Liam to bring “Buy the Dip” to the world.”

ABOUT VIEWPARK GROUP:
VIEWPARK GROUP is a media and technology investment company for a Web3 world. Its founder and CEO, Krysanne Katsoolis has led media ventures for more than 20 years curating and distributing content across all verticals.  Katsoolis’ experience includes building both private and public companies including spearheading a reverse merger onto NASDAQ.
https://viewpark.co

ABOUT SOUNDPARK
SOUNDPARK is a VIEWPARK company which represents and produces soundtracks, theatrical scoring, music artists and events in the universe and for the metaverse. SOUNDPARK is headed by Hip-Hop artist Joseph “Capital L.S” Clarke formerly of the group Rumpletilskinz signed to RCA records in 1993.
https://thesoundpark.co

ABOUT BYO COMPOUND
BYO is a multimedia, clothing brand and production house, working with fashion/music and video.
https://www.byocompound.com/