vEmpire to Launch DDAO NFT and Token this Month, August 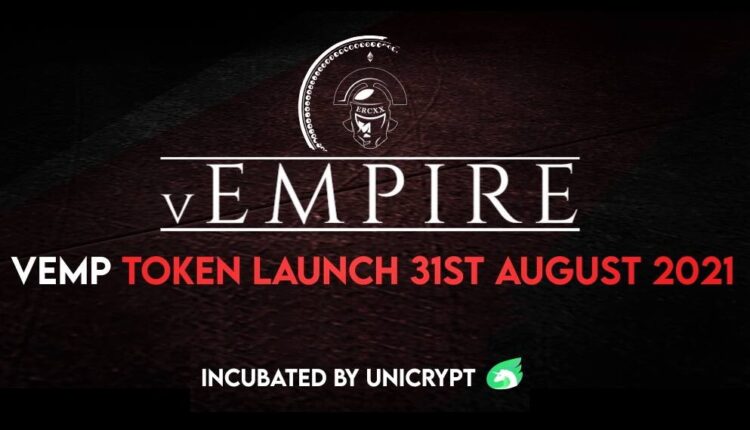 
Surrey , United Kingdom, Aug. 02, 2021 (GLOBE NEWSWIRE) — vEmpire Democratic Decentralized Autonomous Organization (DDAO) recently announced the reveal of their NFT and VEMP tokens. The vEmpire NFT sales took place at the start of August while that of the native token VEMP will come at the end. Users can participate in the Public Sale of vEmpire’s Gamer Token VEMP on Unicrypt’s ILO scheduled on 31st August at 2000H BST. 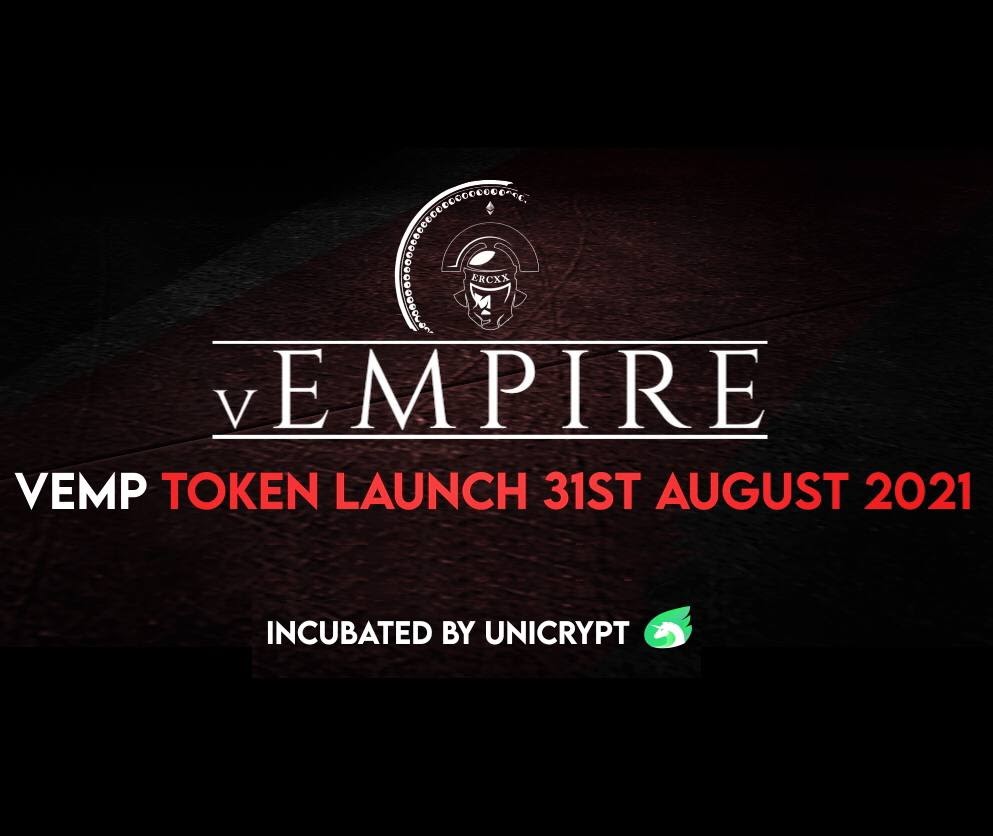 vEmpire plans to revamp fairness and decentralization back to DAOs.

The VEMP Token: Fueling the Conquest of Decentraland

The VEMP token is the native token of the Empire. It is also a currency for trading NFT card battle winners, stakers, liquidity providers and the DDAO at large. Since vEmpire targets the heads of decentraland, VEMP is a perfect way to lead MANA token holders back to decentralization.

The Empire plans to integrate VEMP and MANA into the ecosystem. It also aims to buy the virtual assets from Decentraland, including Estates and Land, and monetize as well as customize them in the likes of the Empire.

This initiative will help decentralized communities get back control. All proceeds collected after the sales of properties will be distributed back to the DDAO. Learn more about the Fight against Decentraland here.

vEmpire: Amplifying the Voices of the Unheard

vEmpire plans to birth a Metaverse of its own where token holders who stake their tokens, just like MANA, will earn massive profits while upholding true decentralization.

Users can also earn profits by participating in games using the Empire’s gaming token VEMP or by solving the project’s NFT puzzle, besides staking and selling the assets.

vEmpire would like to remind stakeholders in DAOs that everyone should have a say. Token holders are just as important as they stand, and without them, an organization is meaningless. Its first target is the Metaverse Decentraland group, where big players slowly get away with reaping profits from centralized practices.

For those die-hard puzzle game lovers, each of the 99 NFTs(Cataphracts) on the Presale has distinct letters and numbers that lead players to influencers on social media. These influencers carry with them clues that show users a pathway to another clue.

The cycle continues until one captures all the clues, and the winner gets 1% of VEMP’s total supply. If VEMP’s total supply nears even half that of MANA, you are looking at a prize of $5M.That sounds interesting, right? CEO Dominic Ryder(Romulus) assures you it may very well take years to solve.

vEmpire(The Founding Soldiers) DDAO LTD is a UK-based entity that focuses on the true decentralization of Decentralized Autonomous Organizations. The startup aims to wage war on DAOs that have decided to fixate centralization back into decentralized communities. Please read the story behind vEmpire on its whitepaper here. You can also get the latest updates from various vEmpire social handles such as;

Laiye Selected in Leading Position in Gartner's "Critical Capabilities for…