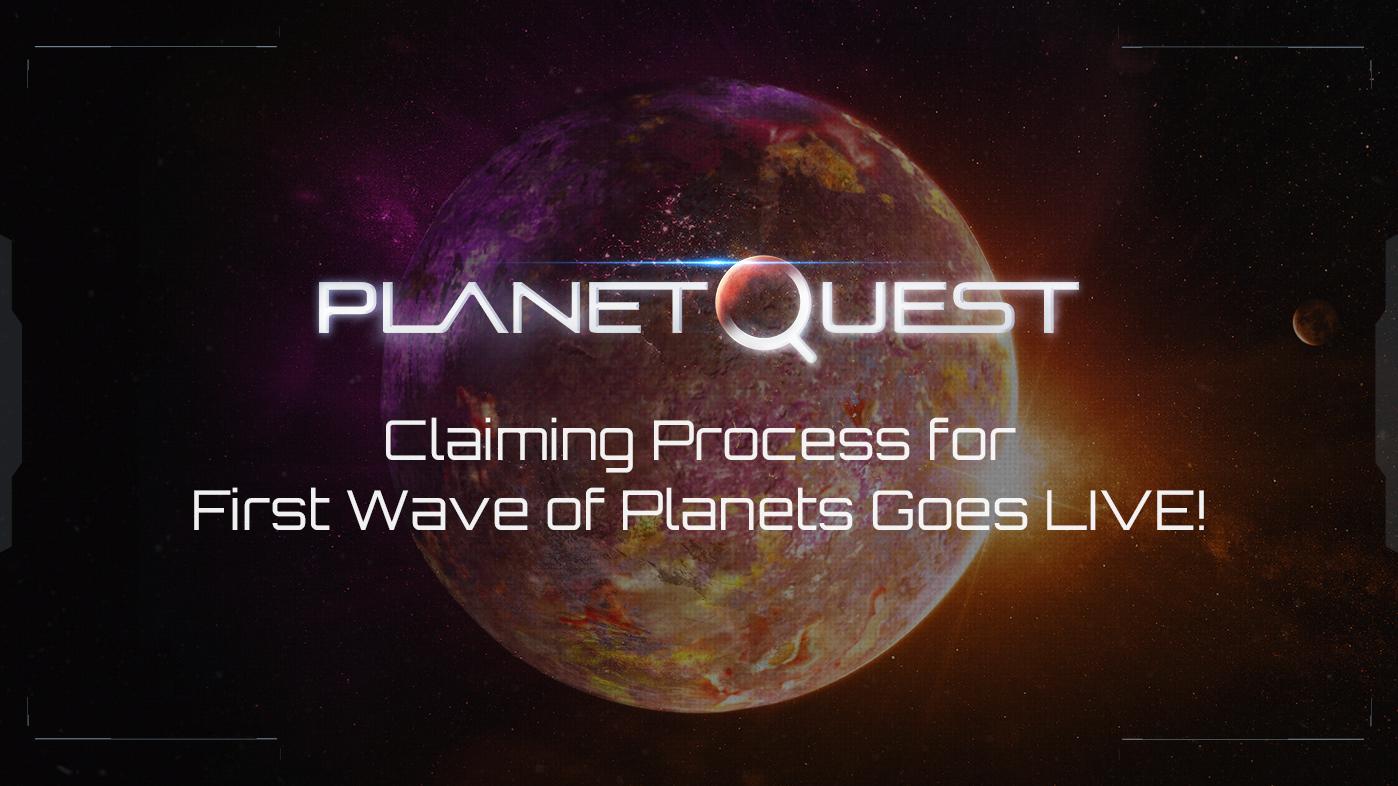 Tortola, British Virgin Islands, July 28, 2022 (GLOBE NEWSWIRE) — Galactic Entertainment’s highly anticipated game, PlanetQuest, has launched the claiming process for its first wave of Planets. The detailed and distinctive planets powered by their very own Genesis Engine, are being sold selectively to community members who took part in the community-friendly Planet Sale.

To overcome these concerns, PlanetQuest partnered with Immutable X to conduct a community-friendly sale. This strategy gives applicants ample time to determine which planets they want to purchase, make their case as to how they will contribute to the ever-growing community, and submit their applications accordingly. Even during a market downturn, PQ received well over 10,000 applications and over $60 Million in commitments.

After the application process ended, all submissions were thoroughly rated, and now planets are being assigned to the most meritorious submissions through waves, with Immutable X offering gas-free purchasing. With just a limited supply of planets available and most of them in the hands of true fans, early figures are already showing secondary market prices 3-20X higher than the original price of a planet.

Although players can own entire planets, the game remains free-to-play for gamers to team up with friends and explore thousands of planets once early access opens in 2023. PlanetQuest’s token and in-game currency, $PQX, will go public before early access. Players should anticipate stunning artwork and surface-level visuals of the first planets later this year.

The Cinematic Multiverse and AAA Game is a pioneering video game backed by top-tier investors, Hollywood, and gaming talent. It became well-known for its superb aesthetics, renowned partners, and engaging plot, with over 215,000 members joining the PlanetQuest Discord to support the company’s mission to transform the ownership of digital assets in triple-A gaming.

The PlanetQuest team consists of talented individuals who have made a name for themselves in the gaming, entertainment and blockchain industries. This is exemplified by their founding team, including Loren Roosendaal, Ioana Hariga, and Jon McCoy. All of them have managed and produced their own successful products, leaving the rage around PlanetQuest a surprise to no one. They are set on creating a multiplayer exploration and survival experience where the player lands on strange planets, taking on a variety of missions in search of Ancient Relics, Quantum, and epic fights. According to the development team of PlanetQuest, “Every planet will be unique as we hope to give the player a vast and exciting universe to experience.”

PlanetQuest is a cinematic multiverse and free-to-play game that, for the first time, offers players the opportunity to own entire planets. Built by a global team with a shared history in games, Hollywood, and procedural technology, the game promises a multiplayer exploration and discovery experience with players touching down on foreign planets and fending off dangerous wildlife in their search for valuable, planet-altering artifacts. Future players can join the community at planetquest.io, participate in the planet sale, vote on a universe-altering storyline, and earn unique NFT rewards. Join the super-friendly PlanetQuest community of explorers anticipating this powerful game and get an exclusive preview of the PlanetQuest universe!