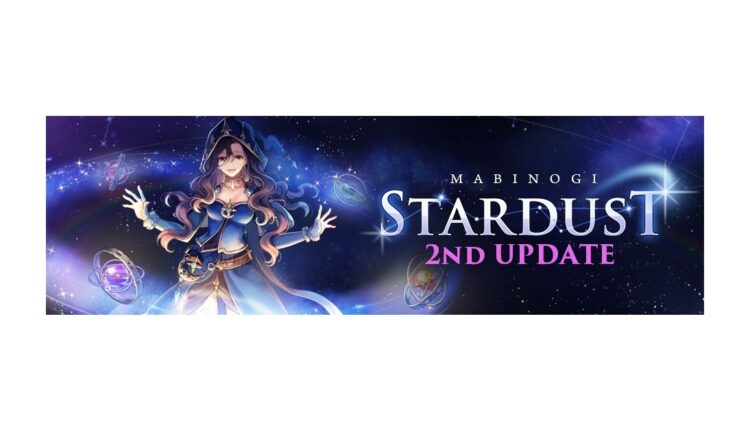 LOS ANGELES–(BUSINESS WIRE)–Nexon’s free-to-play fantasy MMORPG Mabinogi is receiving an update to its latest Stardust saga! Stardust Ranks can now be upgraded to level 15 and players can obtain the final five Stardust skills. Additionally, new missions and quests have been added, including epilogue quests for Melwyn’s new storyline, and a mysterious hidden floor has been discovered!

After being introduced to Mabinogi’s newest NPC Melwyn in Dunbarton, Milletians were rewarded with mystical Stardust skills. In the all-new update, players can now increase their Stardust Ranks from level 10 to level 15. Completing levels 11 through 15 will unlock the final five Stardust skills and their powerful effects.

The latest update also brings a range of new missions, quests and dungeons, including:

Released in 2008, Mabinogi is an immersive free-to-play MMORPG world where mystical adventures await. Create anime-inspired heroes with thousands of customization options, such as hairstyles, facial features and outfits. Select from dozens of talents ranging from professional gunslingers and archers to musicians, tailors and cooks. Players can enjoy the game on their own terms, taking the perilous path of an adventurer or build a thriving business using unique trade skills.

Founded in 2005, Nexon America Inc. delivers outstanding free-to-play online game expertise and live game support, taking the strengths of NEXON Co., Ltd. (“Nexon”) and applying them for uniquely western audiences. Nexon America has consistently sustained iconic franchises such as MapleStory and Mabinogi for more than a decade, which have gone on to break records and captivate players. With new projects on the horizon, Nexon America maintains the pioneering and innovative spirit of its parent company, employing its player-first approach, while designing the best possible gameplay experiences for the western market.

In Memory of His Great Achievements, We Revisit the Formal Resident of Deng Xiaoping

OrigiMed announced its strategic partnership with Janssen to develop clinical…