Tank Battle – A new game in the "blooming" GameFi market

HO CHI MINH CITY, Vietnam, Dec. 23, 2021 /PRNewswire/ — First developed in 2017 with simple models, GameFi has gradually established itself as an independent sector in the crypto market and is now the most topical track in NFT. Tank Battle – a turn-based strategy game with exciting gameplay and various game modes, is promised to be the next big hit in the NFT game track. Backed by Akachain powered by FPT Corporation (the most prominent Technology & Telecommunications Corporation in VN), with reputable advisors and a team of experts, Tank Battle seems to have all the elements built for success. 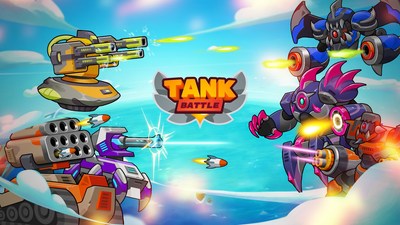 According to Coinmarketcap data, as of October 8th, 2021, the market value of the game track has reached US$17 billion, accounting for almost 40% of the whole NFT market value. Investors believe that this track is by far the most attractive for ordinary users to participate in, both for entertaining and investing purposes. Recent success stories on the market all share specific crucial components: Being developed by major Publishers with experience in both Game making and Blockchain technology, appealing gameplays stimulating player’s engagement and a rapidly increasing number of investors and backers…

In Vietnam – the home country of famous blockchain games such as Axie Infinity – a new GameFi project, Tank Battle is now creating quite a buzz. Expected to be officially launched in Q1-2022, the game is developed by a subsidiary studio of GOSU Corp – a leading Game Publisher in Vietnam known for many well-received products. This war-themed strategy game was built on a multi-platform blockchain, by a team lead by CTO Hoang Giang Tran, who is also the Director and CTO of AkaChain – a blockchain platform for business and enterprise powered by FPT Software. These two big names aim to create a milestone in the NFT game market.

Tank Battle aims to create competitions among players, focusing on strategic thinking and encouraging interaction between players. The metagame exceeds a casual Play-to-earn game, with enhanced in-game UX and stimulating game modes, to enable players to get their real value from this amazing GameFi.

In order to win, the game require a reasonable strategy for the tank squad’s arrangement. Each tank class has different characteristics with many roles to support the squad depending on the player’s tactics: high defense, rapid-fire capability, or a long-range wide-area damage strategy. Players should also study their opponents line-up and playing style to come up with the perfect scheme.

To start playing, users should use the governance token of the game (TBL) to buy NFT (tank modules) from the marketplace or through our NFT limited sale, in order to participate in game modes and earn Gold and Gems. Gems is a must–have in-game item to create new NFTs, resuming the complete core loop.

Gold is a lucrative in-game currency that can implement practically all features. The developers put Gold directly in the game for two reasons: to lower the in-game gas charge, and to motivate players to truly play and engage in the game if they want to earn more money, as Gold could then be swap to TBL token.

Tank Battle pride themselves on the fact that their players could freely enjoy the game without any gas fee when playing. The developer team prioritizes player engagement, and has developed their own chain for the game, so that their users could explore the game journey to the max.

Furthermore, the team is also building more exciting game modes such as PVP, Tournament, and especially Alliance War – which would be the next chapter of their gameplay – Metaverse. The feature would allow all players to bond and form alliances managed by commanders, and to conquer their own territory, thus earning territorial taxes which would be a compelling revenue stream for players.

By December 2021, Tank Battle has been funded by renowned investors and venture capitals in the blockchain industry such as DigiFi labs, GD10, OEC chain, Kretos Ventures, Infinity Capital, etc. and the list is still going on. Tank Battle has also recently announced the partnership with reputable launchpads (Oxbull, LaunchZone) and security audit (Verichains), all are ready for a high-quality NFT game with strategic vision and long-term benefit for the GameFi community.

Communities of Tank Battle’s enthusiasts has been growing exponentially, attracting 40,000 followers on their Twitter and 100,000 subscribers on their official Telegram channel. The team also have their local communites in China, Philippines, India, Indonesia, Brazil, Vietnam, etc. and is currently planning to expand to other countries to answer their fans demand.

Tank Battle IDO event is expected to take place in mid-January 2022 on both LaunchZone and Oxbull launchpad, with other early white-listing events for their loyal followers. The development team also plan to host early NFT sales with extra incentives as a tribute to their vast community members who have been supporting the project since the beginning.

MobiPad Presents a New Crypto Launchpad with a Mobile App