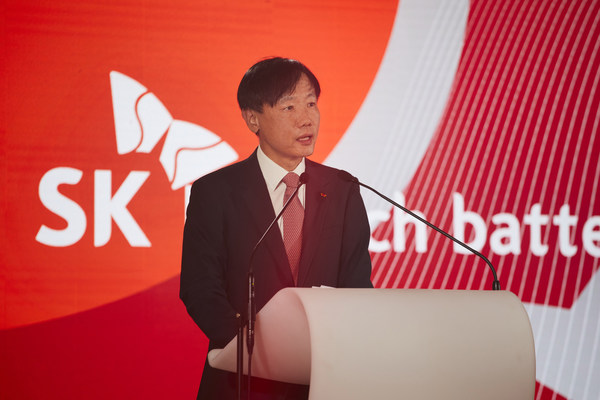 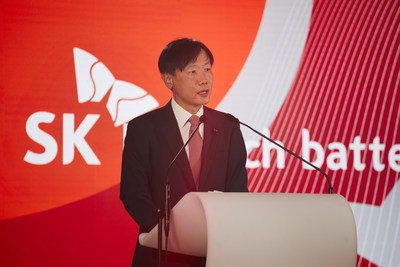 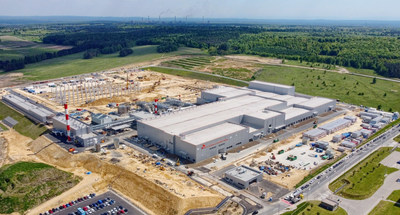 SKIET’s first plant in Poland has completed after about 21 months of construction. It is expected to kick off commercial operation in the fourth quarter of this year, after mechanical completion in June and test operation that started in August. It makes SKIET the first company ever to gain a production foothold for lithium-ion battery separators in Europe, the largest global EV market. The amount of production is enough to be mounted to 300,000 electric vehicles, and the products will be supplied to global battery companies such as SK On.

“I’m very delighted that the construction of SKIET’s Polish separator production plant has completed,” said the Polish Deputy Minister of Economic Development and Technology Grzegorz Piechowiak. “When the 4th plant is completed, SKIET’s Polish facility will be SK Group’s largest separator plant that can create about 1,000 new jobs, which is great news to the local community as well,” he added.

“For around 260 Korean companies, Poland is another nest as well as a bridgehead for market expansion to Europe,” said Ambassador of the Republic of Korea in Poland Sun Mira. “To the day when all European and the global electric cars use battery separators developed by SKIET and produced in Poland, I hope both countries forge a stronger tie and Embassy will do our best to assist.”

Also, the Export-Import Bank of Korea CEO Bang Moon-kyu stated, “I expect there would be more exploration of overseas markets by Korean companies in the field of battery, which is one of the industries conducive to innovative growth. And I will do my utmost best to financially support Korean battery makers to take the lead in the development of the global market.”

“As SKIET produces lithium-ion battery separators, indispensable materials for EV batteries for the first time in Poland, EU, I expect it will both attain the growth of the company and the invigoration of the European EV market,” said SKIET CEO Rho Jae-sok. “We will provide our product not only to battery companies in Poland but also those in Europe such as Hungary and the United States as well. This will eventually contribute positive impact to the Polish economy.”

. Along with the first plant that begun its commercial production, the second plant with a 340 mil. m2 production capacity is under construction and aims at being ready for a commercial operation by 2023. And the third and fourth plants with respective 430 mil. m2 capacity have broken ground last July. It is anticipated that the global production capacity of SKIET encompassing South Korea, China, and Europe will reach a total of 2,730 mil. m2.

Against the backdrop of strong environmentally-friendly policies, Europe is the place where electric cars are booming. It is one of the three largest global EV markets along with China and the U.S. According to HIS market, market research agency, the European battery market will be expanded by five times from 82GWh this year to about 410GWh in 2026, the demand for separators will likely follow suit.

The separator is one of the four core materials for lithium-ion battery and is closely associated with battery stability and SKIET’s separator is already supplied to global top major battery producers. As rising demand for high-density batteries brought the importance of battery stability to the fore, pushing the demand for high-quality separators is even higher. SKIET’s battery separators stood out for it have not been implicated in not a single case of fire, thereby being recognized as unrivaled high-quality lithium-ion battery separators in the European Market.

As the global leader in ‘Tier1’* wet-laid battery separators, SKIET plans to capitalize on the commercial operation of the first Polish plant to preemptively secure the European lithium-ion battery separator market. Separator produced in SKIET’s European production base receives flooding orders to the extent the units to be produced from its third and fourth plants have already signed up, not to mention ones from the second plant.

SKIET Polish subsidiary was selected as one of this year’s awardees including other global enterprises such as Amazon and Toyota by the 5th Investor Without Borders**. The awards are conferred to Polish companies investing in overseas markets and foreign companies investing in Poland. The local media accentuated, “The growth of the EV battery market is already an ineluctable global trend and Poland is emerging as an EV battery hub within EU. The current investment made by SKIET provided Poland a momentum to consolidate its position as the leader in E-mobility related production industry.”

WallStreetNinja to launch its ILO on Unicrypt today