Sipher Closes $6.8 Million Seed Round to Accelerate the Development of the World of Sipheria Game 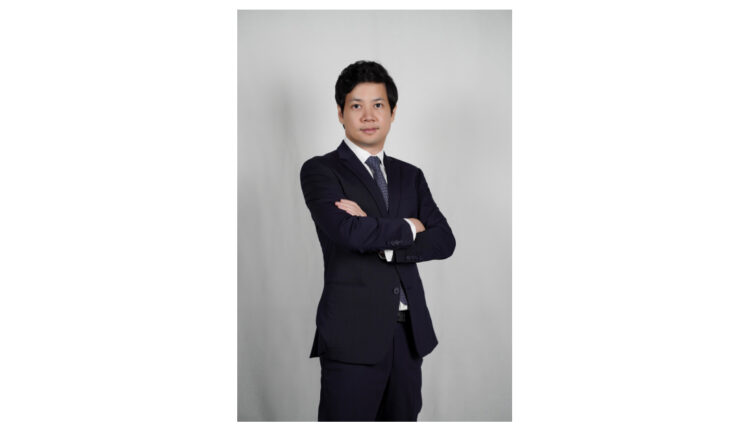 HO CHI MINH CITY, Vietnam–(BUSINESS WIRE)–Sipher, a gaming studio that pioneers blockchain technology, today announced the closure of its $6.8 million seed round, co-led by Arrington Capital, Hashed and Konvoy Ventures. The funding will be used to accelerate the development of its upcoming World of Sipheria game and continue to build the tools needed to create compelling, fun and engaging gaming experiences based on blockchain technology.

Founded by prominent Vietnamese CEO Nguyen Trung Tin, who counts accolades such as inclusion on Forbes’ prestigious 30-Under-30 list upon an enviable CV, and has set Sipher on a mission to unify state of the art blockchain tech, artwork, storytelling, multiplayer gaming with decentralized financial technologies.

The company’s vision is to create an expansive world that will attract and keep the player base engaged for years to come as new worlds, characters and factions are introduced. Sipher is fostering an ecosystem where people can play for fun while also being rewarded for their time spent in-game. By leveraging blockchain technology, Sipher is bringing economic freedom to gamers and providing the community with ownership of in-game assets which directly contributes to the growth and success of the gaming industry.

Backer Jason Chapman of Konvoy Ventures agrees, saying: “Gaming is the new social square and is driving the development of global culture. Tin and the whole Sipher team are helping pioneer a new wave within this social arena, one where players are rewarded for their time, performance, and creativity. Gaming has always been home to creators, thinkers, and competitors and it is time that we see games show their communities financial loyalty. There are more than 3 billion people playing games across the globe and less than 0.1% of gamers are experiencing direct profit sharing. Sipher is renegotiating what players should expect from their games and is here to bring joy to their players both through entertainment and financial freedom. The whole Konvoy team is thrilled to be in Sipher’s corner as we build this new era of games.”

This community spirit is echoed in the huge uptake of Sipher’s Discord community, which already numbers over 60,000, and in the enthusiastic response to its early character launches. Siphers’s first playable NFT character, Sipherian Surge, was a drop of 10,000 genesis Sipher Inu NFTs were bought in less than 15 minutes and are now available for trading and secondary purchase on OpenSea.

Sipher’s next priority is launching the playable MVP of the first gaming experience in the World of Sipheria. The experience will introduce a cooperative dungeon game mode that will onboard new waves of native and non-native blockchain users through beautiful design and graphics, compelling gameplay, expansive world lore hidden with secrets to be discovered and the ability to take part in the game economy. It is also preparing to release its second collection called the Sipherian Flash, a drop of 10,000 limited Sipher Nekos as playable characters.

Excited by the prospects Sipher offers, backer Michael Arrington of Arrington Capital stated: “We believe that the world of Sipheria will be one of the most exciting and adventurous experiences inside the Metaverse. Sipher builds on innovative P2E economics while leveraging both the spirit of crypto culture and mainstream gaming. The art blends a futuristic world of sci-fi and captivating animals, it is internet-native and inspiring, a game that everyone can fall in love with. We believe that Metaverse gaming will unlock a new economic frontier where users can reap the rewards of their time and creativity, and we fundamentally believe in the passion and energy behind Tin and his team. We believe that Sipher is positioned to capture and captivate users across all regions of the world. We are excited to back Sipher and join the world of Sipheria.”

Endorsing these sentiments and stating his faith in the Sipher team and its leadership, co-investor Kyuntae Ethan Kim, Managing Partner of Hashed, who said: “Since 2018, Hashed has been actively investing in blockchain games and metaverse with our strong thesis on virtual worlds. We think the virtual world economy will be much bigger than that of the real world thanks to the blockchain infrastructure providing a key backbone for digital assets. Tin and his team have demonstrated huge potential to become the next major blockchain gaming studio. They not only understand the crypto/blockchain ecosystem, but also have strong ability to implement great quality games. They know the beauty of combining NFT and gaming and have plans to connect esports in their game eventually. I am so excited to co-lead this round and can’t wait to see Sipher’s community grow rapidly.”

For more information on Sipher, please join Discord or visit https://sipher.xyz, for details on the upcoming Neko character drop.

The Paley Center for Media Presents PaleyImpact: The Role of Entertainment and Social Media in Combating Antisemitism