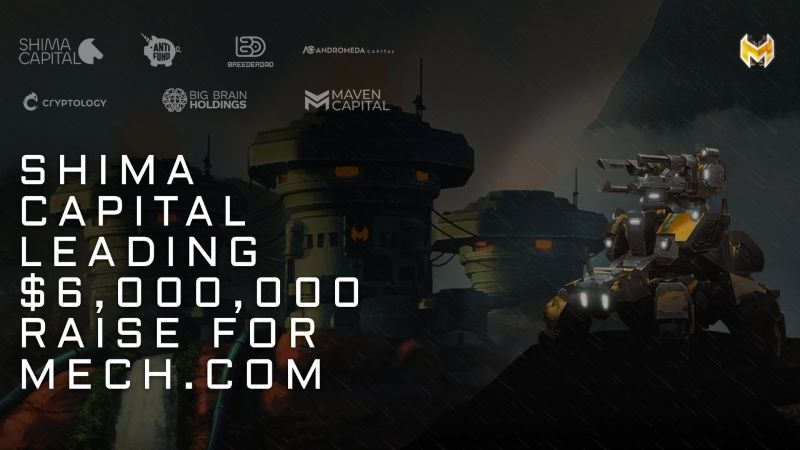 Mech.com is an NFT-based metaverse game that is currently developing their first versions of a match-3 game in which players can earn the in-game currency ore and, subsequently, the tradable cryptocurrency $FORGE token. They are also developing an arena battle game that implements NFTs and the aforementioned blockchain tokens in a play-to-earn ecosystem.

The Mech.com founder and CEO, Trey Smith, was recently seen speaking in Austin at the Consensus conference, discussing the future of NFT gaming and the importance in emphasizing genuine fun and enjoyment in blockchain games.

The first web3 games to see the market seem to be designed solely as an experiment to see if people could truly make money playing them, something that has caused the downfall of many projects.

Smith and his co-founder, Nik Rudenko, have a long history in this industry. Mech.com is the two’s third video game development company (the other two being Buildbox and KayaBit). In 2014, Smith recognized the power of cryptocurrencies and invested in Bitcoin. He began to plan his foray into the future of web3.

In 2021, Kyle Klemmer joined the team as COO. Klemmer has an established background in marketing and his extensive network in blockchain technologies brought key investors and advisors to the table, including Justin Kan (founder of Twitch), Matthew Morgan, Josh Meier (director of Andromeda Capital), Bradley Townsends (founder of Latitude Services, and HuK (head of esports for the Kraft Group).

Smith attributes the immediate success of Mech.com to an emphasis on the iterative approach from their team. By starting small and simply getting the games out in front of people, Mech.com is able to shift their approach according to its reception from the community and team. That said, Smith has been clear on the future of Mech.com, stating “we’ve playtested multiple versions of our Mech.com game and we’ve seen unsurprising results: casual gaming wins.”

He further clarified, “it’s easy to understand, fun to repeat, and opens the door for more players to join the ecosystem.”

Next on the docket for Mech.com is beginning their private round of raising, launching several new factions of Mech.com NFTs (the Rebel class), and releasing a beta testing version of the game to early adopters of the project. Learn more about Mech.com here.

Kyowa Kirin Receives European Commission Approval for Use of CRYSVITA®▼(burosumab)…