London, UK, June 17, 2022 (GLOBE NEWSWIRE) — A reliable, functional, and above all else, secure token bridge has long topped blockchain’s wishlist. Imagine the ability to seamlessly trade between two unconnected blockchains without the need for third parties; surely such a breakthrough would be a gamechanger. Of course, the theory’s been around for a while and more than a few coders have taken a crack at it, but until now, no one’s been able to truly cut out the middleman. Early iterations fall foul of trust exploits and are vulnerable to bad actors and glitches, but progressive DeFi cryptocurrency Schnoodle thinks it has the answer. Schnoodle launches its Fully Autonomous Bridge (FAB) to BNB Smart Chain today June 17th, so we can all see what the fuss is about. 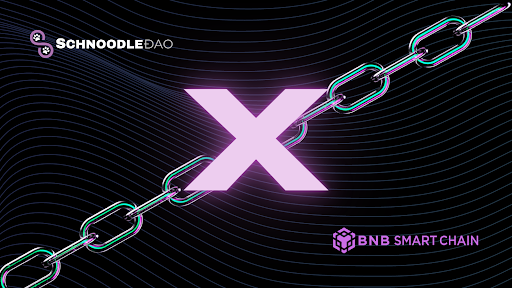 “We’re pleased to announce the BNB Smart Chain listing and we’re excited to show the world how our DAO actually works. We’ve spent a lot of time and brain cells solving the issues behind a working token bridge and we believe we have created the world’s first functional system capable of bridging tokens between different blockchains autonomously and sustainably. Traditionally, communication between different blockchains has been notoriously difficult to achieve and place too much reliance on the honesty of an intermediary off-chain party, but our FAB bridge adds additional mechanics which prevent bad actors from exploiting the system.” – A spokesperson for Schnoodle.

Schnoodle has already landed on leading decentralized exchange Uniswap and touts itself as the first true trustless DAO (Decentralized Autonomous Organization). The team, who are big acronym lovers, also made waves over the last few months with their unique BARK protocol. Blockchain Automated Reward Kickbacks, or BARK for short, rewards token holders for holding SNOOD and taxes those who sell or swap! BARK works by incurring a 4% reflection fee, which in turn is distributed to all other SNOOD holders. This means that as more folk buy into Schnoodle everyone else wins. The token also includes a charity tax which takes a fraction from each transaction and puts it towards good causes.

Get your paws on Schnoodle

Until today, the only way to get SNOOD was via Uniswap. However, thanks to the new FAB technology, from now on SNOOD holders can make their own trades between other blockchains.

The name Schnoodle might conjure images of other meme coins, but the developers promise Schnoodle is no DogeCoin clone. Indeed, Schnoodle was built from scratch and the token comes armed with anti-manipulation systems in place to ward off chicanery like rug pulls, attacks, and pump and dumps.

Alongside BARK and FAB, Schnoodle developers claim to have created the ultimate token, and claim that Schnoodle is the world’s first true, fee-less, self-governing DAO capable of handling its own updates and resolving its own issues.

You can learn more about the project and their proprietary concepts by reading their detailed whitepaper or follow their progress on their active social media channels.