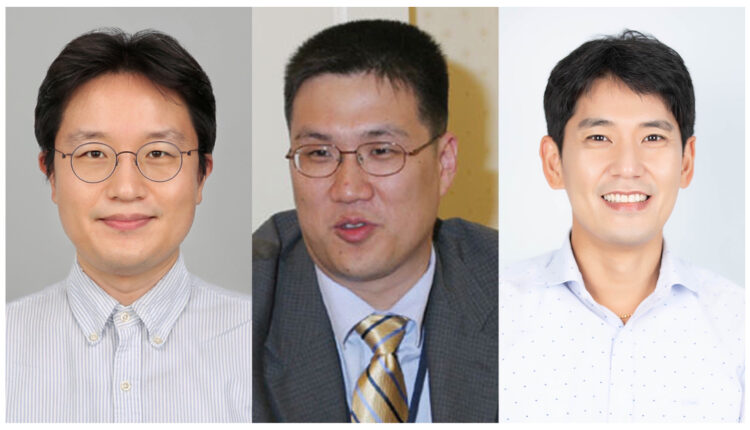 SEOUL, South Korea–(BUSINESS WIRE)–Samsung Electronics Co., Ltd., a world leader in advanced semiconductor technology, today announced its demonstration of the world’s first in-memory computing based on MRAM (Magnetoresistive Random Access Memory). The paper on this innovation was published online by Nature on January 12 (GMT), and is set to be published in the upcoming print edition of Nature. Titled ‘A crossbar array of magnetoresistive memory devices for in-memory computing’1, this paper showcases Samsung’s leadership in memory technology and its effort to merge memory and system semiconductors for next-generation artificial intelligence (AI) chips.

The research was led by Samsung Advanced Institute of Technology (SAIT) in close collaboration with Samsung Electronics Foundry Business and Semiconductor R&D Center. The first author of the paper, Dr. Seungchul Jung, Staff Researcher at SAIT, and the co-corresponding authors Dr. Donhee Ham, Fellow of SAIT and Professor of Harvard University, and Dr. Sang Joon Kim, Vice President of Technology at SAIT, spearheaded the research.

In the standard computer architecture, data is stored in memory chips and data computing is executed in separate processor chips.

Samsung’s research team subsequently tested the performance of this MRAM in-memory computing chip by running it to perform AI computing. The chip achieved an accuracy of 98% in classification of hand-written digits and a 93% accuracy in detecting faces from scenes.

By ushering MRAM ─ the memory which has already reached commercial-scale production embedded in the system semiconductor fabrication ─ into the realm of in-memory computing, this work expands the frontier of the next-generation low-power AI chip technologies.

The researchers have also suggested that not only can this new MRAM chip be used for in-memory computing, but it also can serve as a platform to download biological neuronal networks. This is along the line of the neuromorphic electronics vision that Samsung’s researchers recently put forward in a perspective paper published in the September 2021 issue of the journal Nature Electronics.

“In-memory computing draws similarity to the brain in the sense that in the brain, computing also occurs within the network of biological memories, or synapses, the points where neurons touch one another,” said Dr. Seungchul Jung, the first author of the paper. “In fact, while the computing performed by our MRAM network for now has a different purpose from the computing performed by the brain, such solid-state memory network may in the future be used as a platform to mimic the brain by modelling the brain’s synapse connectivity.”

As highlighted in this work, by building on its leading memory technology and merging it with system semiconductor technology, Samsung plans to continue to expand its leadership in next-generation computing and AI semiconductors.

Samsung inspires the world and shapes the future with transformative ideas and technologies. The company is redefining the worlds of TVs, smartphones, wearable devices, tablets, digital appliances, network systems, and memory, system LSI, foundry and LED solutions. For the latest news, please visit the Samsung Newsroom at news.samsung.com.