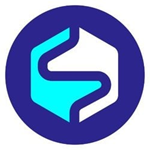 
Stuttgart, Germany, Oct. 29, 2021 (GLOBE NEWSWIRE) — (via Blockchain Wire) Safechaintoken (SCT) is now part of both cryptocurrency market trend platforms Coinmarketcap and Coingecko’s list. Investors can now purchase the native token to the upcoming Safechainswap platform on Pancakeswap at $0.00655. The announcement also stated that there are now 2500+ $SCT holders, with its price increasing 300% since its presale event.

The Safechainswap team hosted the event on the leading DeFi launchpad platform DxSale. According to DXSale, the fundraiser ran seamlessly and safely.

The Safechaintoken is a hyper-deflationary token with a limited supply. Essentially, the crucial part of the Safechainswap protocol is its burn mechanism. The functionality ensures the growth of $SCT through deflationary pressure. Before the token launch, the team burned over 27 million $SCT from the total 250 million supply. Moreover, Safechainswap locked 25M $SCT in a wallet for burning. Over time, the developers will gradually destroy the tokens.

Safechainswap is planning on integrating more products and use-cases into its ecosystem. The demand for its utility token could rise due to its declining supply. According to the platform’s developers, the market forces behind the token appreciation value will attract more investors over time and facilitate appreciation.

Holders of SCT are going to be the greatest beneficiaries of this network. SCT is on a mission to be sustainable in the long term. In the end, the mission is to be completely hyper deflationary.

SCT will achieve the full hyper-deflationary attribute by combining token burning mechanism and rewarding options. It has already burnt around 27 million tokens and plans to burn 25 million more tokens in future.

The SCT team intends to build strong price floor (support) that will foster steady growth of the token. SCT commits itself to long term price sustainability and continuous increase of its token’s prices.

According to a recent Tweet, Safechaintoken (SCT) is now part of both cryptocurrency market trend platforms Coinmarketcap and Coingecko’s list. The token got listed on CMC 12 hours just after it had launched on Pancakeswap. It is a major milestone since most tokens take up to one week to appear on CMC, meaning SCT has massive bullish signals.

Investors can now purchase the native token to the upcoming Safechainswap platform on Pancakeswap at $0.00655. The announcement also stated that there are now 2500+ $SCT holders, with its price increasing 300% since its presale event.

In upcoming events, The Safechaintoken exchange integration will take place in the fourth quarter of 2021. Moreover, the dawn of Safechaintoken NFTs will drop during the first quarter of the financial year 2022. Safechainswap will provide investors with an independent platform where they can instantaneously swap any token.

Additionally, its developers promise to deliver an easy-to-use platform that will bring about seamless transactions with low fees. They have also assured investors that token swapping on Safechainswap is easy for everyone, novice or experienced.