MUMBAI, India, April 27, 2022 /PRNewswire/ — Reliance and Viacom18 today announced a strategic partnership with Bodhi Tree Systems, which is a platform of James Murdoch’s Lupa Systems and Uday Shankar, to form one of the largest TV and digital streaming companies in India. Bodhi Tree Systems is leading a fund raise with a consortium of investors to invest Rs 13,500 crore in Viacom18, to jointly build India’s leading entertainment platform and pioneer the Indian media landscape’s transformation to a “streaming-first” approach. Viacom18 owns and operates the suite of Colors TV channels and OTT platform, VOOT.

Bodhi Tree Systems, a newly formed platform between Lupa Systems Founder and CEO James Murdoch and Uday Shankar, the former president of The Walt Disney Company Asia Pacific and former Chairman of Star and Disney India, will leverage the partners’ shared track record of building iconic businesses and shaping the media landscape in India and globally. Qatar Investment Authority (QIA), the sovereign wealth fund of the State of Qatar, is an investor in Bodhi Tree Systems.

Speaking about the partnership, Mr. Mukesh D Ambani, Chairman & Managing Director of Reliance Industries, said, “James and Uday’s track record is unmatched. For over two decades, they have played an undeniable role in shaping the media ecosystem in India, Asia, and around the world. We are very excited to partner with Bodhi Tree and lead India’s transition to a streaming-first media market. We are committed to bringing the best media and entertainment services for Indian customers through this partnership.”

“We could not be more pleased to announce our new partnership,” Murdoch and Shankar said. “Our ambition is to leverage technology advances, particularly in mobile, to provide meaningful solutions to meet everyday media and entertainment needs at scale. We seek to reshape the entertainment experience across more than 1 billion screens.”

Upon closing, Viacom18, in close cooperation with Reliance, Bodhi Tree Systems and Paramount Global, will shape a vision, strategy, and execution for its businesses, building on the strong existing foundation. Viacom18 is amongst the leading players in the core linear television business with 38 channels across nine languages and a pan India

The transaction is expected to close within six months and is subject to closing conditions and requisite approvals.

About Viacom18
Viacom18 Media Pvt. Ltd. is one of India’s fastest growing entertainment networks and a house of iconic brands that offers multi-platform, multi-generational and multicultural brand experiences. Viacom18 defines entertainment in India by touching the lives of people through its properties on air, online, on ground, in cinemas and merchandise. Its portfolio of 38 channels across general entertainment, movies, sports, youth, music and kids genres delights the consumers across the country with its eclectic mix of programming. Voot, Viacom18’s OTT platform, is one of India’s leading AVOD and SVOD streaming service with a library of ~75,000 hours of Viacom18 network content, content from Paramount and Voot Originals. Viacom18 Studios has successfully produced and distributed iconic Hindi films and clutter-breaking regional films for over 12 years in India.

About Bodhi Tree
Bodhi Tree Systems is a strategic investor in consumer technology opportunities in Southeast Asia, with a particular focus on India. The entity is a platform of James Murdoch’s Lupa Systems and Uday Shankar and was established in 2021 to explore and invest in Southeast Asia and the Middle East. In addition to media, Bodhi Tree expects to invest in other consumer technology sectors that represent significant opportunities but suffer from a lack of capital and innovation – including healthcare and education.

About James R. Murdoch
James Murdoch is an investor and philanthropist. After more than two decades of global leadership in the media and technology industries, James Murdoch founded Lupa Systems as a private holding company. James most recently served as CEO of 21st Century Fox from 2015 to 2019; previously he served as 21st Century Fox Co-COO, Chairman and CEO for Europe and Asia. Prior to his time at 21st Century Fox, James was the CEO and Chairman of Sky, and CEO of STAR TV. He is a Director of Tesla, the Dia Art Foundation, and Vice-Chair of the Center for New American Security. James and his wife, Kathryn Murdoch, are founders of Quadrivium, a foundation that invests in democracy reform, technology and society, scientific awareness, and climate and ocean health issues.

About Uday Shankar
Uday Shankar recently transitioned to an entrepreneurial career following decades in corporate management. With funding from global investors, he aims to support founders to create transformational solutions  A journalist by training, Uday led and transformed television. He took over as CEO of Star India in 2007 and transformed the company’s broadcast operations and made Star India one of the biggest media and entertainment companies in Asia.  He subsequently led 21st Century Fox’s operations throughout Asia.  Uday was appointed President of Walt Disney Asia Pacific when the Walt Disney Company acquired 21st Century Fox. Under his leadership, Star launched Hotstar – now Disney+ Hotstar –one of the most successful streaming services globally.  Uday currently serves as the President of Federation of Indian Chamber of Commerce & Industry (FICCI).

About Lupa
Lupa Systems is a private holding company founded in 2019 by James Murdoch, the former CEO of 21st Century Fox, Sky plc, and STAR. The company has presence in New York and Mumbai. Collectively, the Lupa team has extensive experience building and scaling businesses across the globe in multiple industries. Lupa focuses on companies within the technology and media industries, impact-driven companies focused on environmental sustainability, and emerging markets, particularly within the Indo-Pacific region. Website: www.lupasystems.com 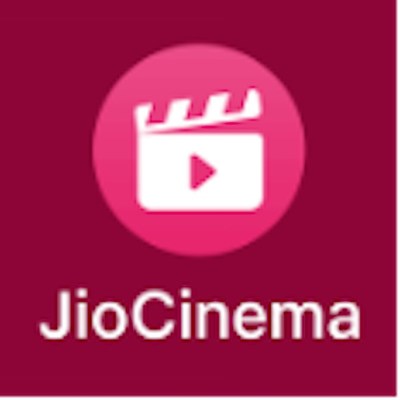 Home match: e.GO Mobile celebrates the launch of the e.wave X at the Micro Factory in…