Miami, FL, May 30, 2022 (GLOBE NEWSWIRE) — Stories often left untold are what documentaries cover. Whether it’s to raise awareness, provide information on unexplored topics, or act as inspiration and entertainment, documentaries aren’t easy to make. It takes not just a team of skilled videographers and media production experts to accurately film a documentary but also storytellers. 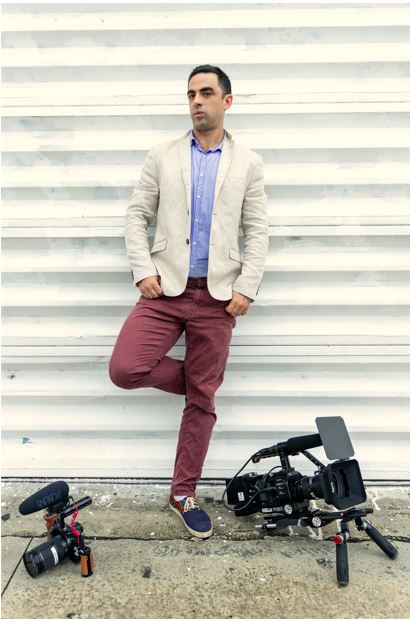 Reconnection Video is a media company led by Adrien Rappoport that focuses on creating documentaries on various topics. From recording celebrity personalities, traveling to explore cultures, luxury properties and corporate or private events, and everything in between, Adrien Rappoport has spent years doing it.

The production company recently produced a documentary about French citizens in Miami during Spring Break. Titled, ‘Spring Break Miami n’en peut plus’, the film captures party organizers, dancers, artists, and several actors in the entertainment capital over 2 weeks and is broadcasted on Channel M6.

Since having been released in April, the documentary has received great support and appreciation, and pushed Reconnection Video and Rappoport to continue producing quality stories.

The company also has a number of other documentaries that have garnered outstanding support including Climate Change – Made In the USA?, Montecito – The Celebrity Spot, and Asia Pacific – the New Neg Powder.

The documentary explored the work of Americans who use their various areas of expertise to try to restore the names and identities of the people whose remains are found in the desert.

Next in line is a project that focuses on the dangerous roads in Florida, a city that’s almost known for how bad its roads are and has consistently ranked poorly for road safety on various charts.

For Adrien Rappoport, the goal behind focusing on these topics is to simply bring to attention what’s often ignored and barely ever talked about. And having spent 15 years in the industry, working on extremely successful documentary projects, he has the skillset and knowledge to bring a unique artistic vision to life.

The success that Spring Break Miami n’en peut plus has brought on has proved that audiences are willing to watch something that’s different and out of the box and is expected to also push other videographers and production companies to creating similar documentaries.

DONNER TO UNVEIL NEW INSTRUMENTS WITH NEW MATERIALS AT NAMM 2022

A Decline in the 2023 Global Chip Market