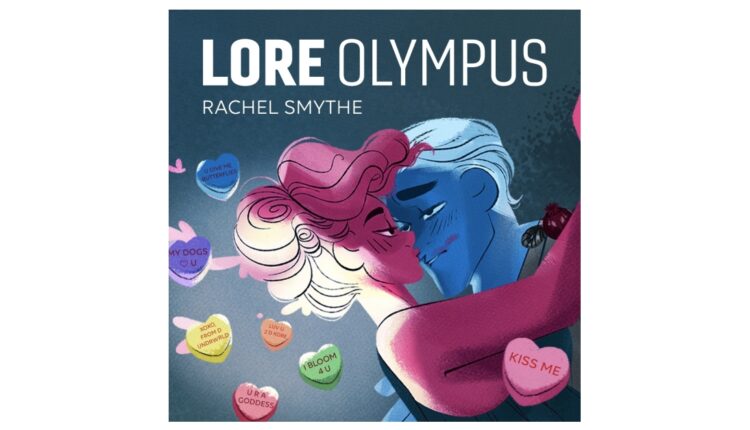 Since starting the digital comic on WEBTOON in 2018, Rachel Smythe’s Lore Olympus has taken the world by storm, with growing international recognition and accolades. An animated series from Wattpad WEBTOON Studios and the Jim Henson Company is currently in development. The WEBTOON digital comic won a prestigious Harvey Award in 2021, is nominated for a Best Book of the Year from the Good Reads Choice Awards, and is one of NPR’s critics’ recommendations for 2021. Lore Olympus has also been previously nominated for an Eisner Award and Ringo Award.

“Rachel’s incredible work and achievement show what’s possible when a new, diverse generation of creators can reach a global audience on WEBTOON,” said Ken Kim, CEO, WEBTOON Entertainment. “Comics have always pushed boundaries, bringing new perspectives and creativity to people who love visual narratives. Rachel and WEBTOON artists around the world continue that tradition, using our storytelling technology to build the future of comics on WEBTOON, showing that comics and graphic novels are truly for everyone. We’re so proud of Rachel’s success and congratulate her on this wonderful milestone.”

“As a lifelong comic fan, it’s refreshing to see a new generation of artists like Rachel breathing new life into the format,” said Aron Levitz, President, Wattpad WEBTOON Studios. “Digital comics on WEBTOON are read by millions of passionate fans around the world, and this recognition shows that these fandoms will follow their favourite artists to new formats. I want to congratulate Rachel for all of her success, and I can’t wait to work with her to bring Lore Olympus to screens everywhere.”

Lore Olympus’ bestseller status joins a growing list of hit graphic novels and TV projects from WEBTOON. Miriam Bonstre Tur’s global WEBTOON phenomenon and graphic novel Hooky was published in September 2021 by HMH Books, reaching New York Times best-seller status within weeks of release. Netflix has had a number of WEBTOON-originated hit projects this year, including the recent streaming sensation Hellbound. Originally created as a digital comic on WEBTOON, Netflix reports that the streaming adaptation was the #1 most-streamed Non-English series the first weekend it launched, with more than 43 million viewing hours

. According to FlixPatrol analytics, the series was at the top of Netflix ratings in more than 80 countries a day after debuting. The Netflix series Sweet Home was also based on a digital comic from WEBTOON.

Other recent WEBTOON TV adaptations include, Tower of God, which has more than 4.5 billion reads online, and is now a hit anime adaptation on Crunchyroll and HBO Max; and the 5.1 billion-read True Beauty, adapted as a series, and upcoming feature film.

Volume I of the Lore Olympus Graphic Novel was published by Del Rey Books on Nov 2 2021. Volume II will be released on July 5, 2022.

WEBTOON® is the world’s leading digital platform for visual storytelling. As the first modern digital publishing and self-publishing platform for digital comics, WEBTOON has revolutionized the way visual stories are created and consumed, allowing anyone to become a creator.

WEBTOON also has become a cultural and global phenomenon, pioneering the distribution and consumption of web-based comics. With an average of 72+ million monthly active users, more people consume WEBTOON series than watch most television shows. WEBTOON features a broad and diverse catalog of content from all over the world — including romance, thriller, fantasy, comedy and more. WEBTOON is No.1 app among 16-24 year olds in Korea and also is in the top tier among the same group in the other countries.

Launched stateside in 2014, WEBTOON has thousands of creator-owned series with episodes updating daily. Also boasting partnerships with Legendary, POW!, Top Cow/Image, and more, WEBTOON takes storytelling to the next level. Creators have been nominated for multiple Eisner Awards, as well as winning a multitude of Ringo Awards. The WEBTOON app is free to download on Android and iOS devices.

Snap One Acquires Staub Electronics in Strategic Move to