President Tsai Awards 9 NEXT BIG as Taiwan's Trailblazers of Innovation 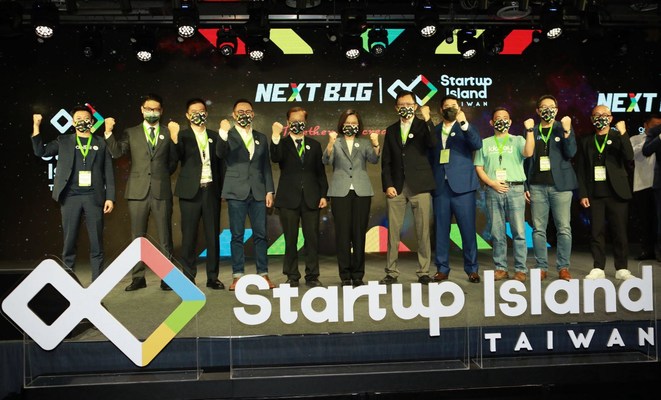 TAIPEI, Oct. 27, 2021 /PRNewswire/ — On October 19th, Startup Island TAIWAN, powered by the National Development Council (NDC) held the NEXT BIG Award Ceremony at Taipei 101’s International Conference Center. President Tsai Ing-wen gave a speech and awarded symbolic Ram Pieces to the 9 NEXT BIG companies as trailblazers of innovation connecting Taiwan with the world. The 9 NEXT BIG are: CoolBitX, Gogoro, Greevines, iKala, KDAN MOBILE, KKday, Pinkoi, 17LIVE, and 91APP. Aside from the founders of the 9 NEXT BIG, government and industry representatives, corporate representatives from Google, Microsoft, and foreign chambers of commerce all attended in support. 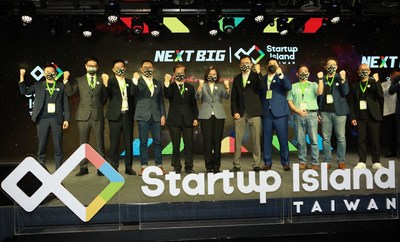 In her speech, President Tsai stated that in recent years, Taiwan’s strength in innovation has attracted the world’s attention and is regarded as one of four “Super Innovator” nations for two consecutive years. In the latest Institute for Management Development (IMD) World Digital Competitive rankings this year, Taiwan moved up three places to rank eighth, breaking into the top ten for the first time. Furthermore, Taiwan ranked first in the category of “total R&D personnel per capita”. In addition, the President also thanked NEXT BIG for choosing Taiwan as the starting point to go global. In the future, the government will continue to support the startups, integrating resources and encouraging Research and Development (R&D) and innovation, and to continue building Taiwan into an island of innovation. Taiwan looks forward to more outstanding entrepreneurs working together to create more possibilities for Taiwan’s industry.

Kung Ming-Hsin, Minister of the NDC, said that Taiwan is a representative of Asia’s innovativeness. In the past, Taiwan was known mostly for its semiconductor industry. The 9 NEXT BIG jointly nominated by the industry key opinion leaders, startup communities, and the Ministries demonstrate how diversified Taiwan’s ecosystem is. On platforms, there are KKday, Pinkoi, and 17LIVE, which are the leading travel e-commerce, design-commerce, and live streaming entertainment platforms in Asia

. For software services, there are iKala, CoolBitX, KDAN MOBILE, and 91APP, which have all demonstrated global traction in the areas of Artificial Intelligence (AI), blockchain security, enterprise cloud solutions, and Online Merge Offline (OMO) new retail service. There’s Gogoro, which leverages the power of innovation to change the way they distribute and consume urban energy. Last but not least, a skincare brand and the only B corp in Asia that has won the “Best for the World” environmental award for five consecutive years, Greenvines.

Both President Tsai and Minister Kung emphasized that in order to allow for the emergence of more NEXT BIG, the government is actively adopting new policies to support innovation and development. The government is actively working to make funding more readily available to startups with both the National Development Fund (NDF) and Loans for Startup Funding for Young Entrepreneurs having increased their investment amounts and fund size. A further example is the Financial Supervisory Commission (FSC) establishing the Taiwan Innovation Board (TIB) for startups and innovative industries to gain access to secondary markets. The Employment Gold Card further attracts foreign entrepreneurs and talents to work in Taiwan.

The 9 NEXT BIG founders gave their thanks on the stage and talked about their future plans. They thanked the government and the startup communities for their affirmations, and look forward to future collaborations, international prospects, leading by example, and letting the world see Taiwan. With NEXT BIG leading the way, Taiwan hopes to inspire more young people and convey Taiwan’s thriving entrepreneurial energy to the world.

An App for Corporates to ‘Gain While Making Trips’