Pony.ai opens R&D Center in Shenzhen, Broadening the Reach of its Global R&D Sites to Cover all of China’s Tier-1 Cities 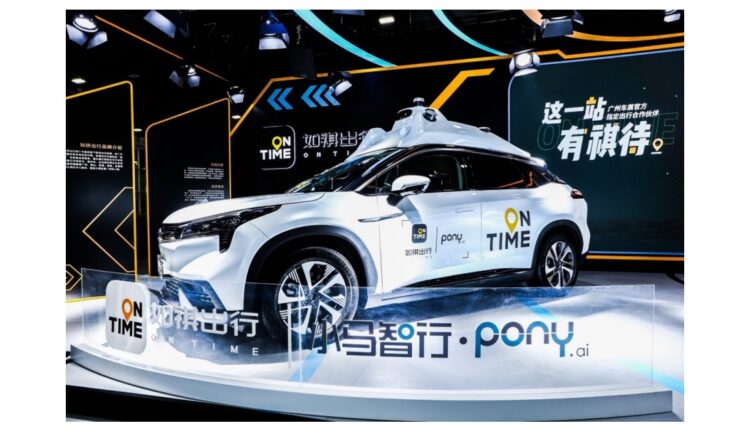 It marks the official commencement of a strategic layout and R&D network in the Guangdong-Hong Kong-Macao Bay Area to promote the large-scale development of autonomous driving. Located in the Qianhai Cooperation Zone, the establishment of Pony.ai’s Shenzhen R&D center enables the company to fully cover all four Tier-1 cities in China – Beijing, Shanghai, Guangzhou, and Shenzhen, while linking the two key cities of Guangzhou and Shenzhen in the Guangdong-Hong Kong-Macao Bay Area.

“The Greater Bay Area offers tremendous opportunity and with this office, Pony.ai links the twin cities of Guangzhou and Shenzhen, strengthening road testing and commercialization of our two core businesses – autonomous driving passenger cars and trucks – to accelerate the deployment of autonomous driving software and hardware systems,” said James Peng, co-founder and CEO of Pony.ai.

Today Pony.ai also announced a collaboration with ONTIME (Ruqi Chuxing), the leading Chinese mobility technology platform launched by GAC Group, one of China’s largest automakers. GAC has been a longtime strategic partner for Pony.ai. As part of the announced collaboration, Pony.ai and ONTIME will jointly accelerate commercial deployment of autonomous driving technologies to a larger scale in China. As mass commercial deployment gets close, Pony.ai and ONTIME will be able to test various forms of collaboration to rapidly deploy the Pony.ai Robotaxi along the ONTIME platform.

ONTIME is one of China’s leading ride-hailing providers, it offers a wide range of app-based services across core cities in China’s Greater Bay Area, such as Guangzhou, Foshan, Zhuhai, Shenzhen and Dongguan. Pony.ai was the first company to offer Robotaxi services in China and is a leader in autonomous driving technology. The close collaboration will allow the two companies to leverage their own unique advantages and facilitate commercial deployment of autonomous driving technologies.

Silicon Valley-based Pony.ai, Inc. (“Pony.ai”) is pursuing an ambitious vision for autonomous mobility. We aim to bring safe, sustainable, and accessible mobility to the entire world. We believe that autonomous technology can make our roads exponentially safer for travelers. Founded in late 2016, Pony.ai has been a pioneer in autonomous mobility technologies and services across the U.S. and China, spearheading public-facing Robotaxi pilots in both markets. Pony.ai has formed partnerships with leading OEMs including Toyota, Hyundai, GAC Group, FAW Group, etc.