Through this contract, the two companies plan to actively advance into the North American market through the ITSB US branch recently established in Irvine, California, as well as in Korea. In particular, PlayDapp will supply ‘blockchain plug-ins’ specialized for blockchain game services to GamePot, and ITSB will introduce blockchain plug-in services within GamePot. ITSB actively encourages the introduction of blockchain technology for 50 domestic developers using game pods such as Ragnarok and Rohan M, and further strengthens the expansion of the blockchain game ecosystem by targeting the North American market with a high understanding of blockchain games.

PlayDapp is a DApp game portal that provides a C2C marketplace based on blockchain technology. PlayDapp games are interoperable and provide a diverse portfolio of games that gamers can enjoy with Non-Fungible Tokens (NFTs). In addition, it is attracting attention as a blockchain technology company through the ‘Item Manager’ that provides the function of converting goods obtained from games into NFTs.

GamePot is a solution jointly developed by ITSB and Naver Cloud, led by CEO Gong Shin-bae, who has been in the game industry for more than 20 years. As one of Naver Cloud’s core services, it provides integrated game management services and supports various solutions necessary for post-launch operation, statistics, and customer needs from SDKs (Software Development Kit) needed for game development. All ITSB’s solutions, including GamePot are stably serviced in conjunction with Naver’s cloud platform.

Sang Chung, General Manager of PlayDapp, said, “We are happy to collaborate with ITSB ‘GamePot’, which has the best technology in the game management service sector, to expand the blockchain game ecosystem. We will introduce Blockchain Plug-in within this fourth quarter.”

ITSB CEO Gong Shin-bae said, “Recently, the game NFT market has been a global craze. In existing games, all the money spent by users has been handed over to game developers, but now it is possible for gamers to earn actual profits by purchasing NFT. We will advance NFT technology to the world with PlayDapp, which will change the paradigm of gaming, he said. 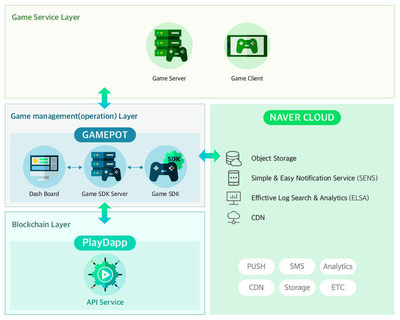 PlayDapp is a blockchain gaming platform that operates on the Ethereum and Polygon networks. Gamers can play games to earn NFTs and rewards in PLA tokens. PlayDapp also integrates a C2C marketplace that is the home to all NFTs in the gaming metaverse.

PlayDapp has already launched its flagship game Along with the Gods: Knight of the Dawn, which can be downloaded from the Google playstore.

Changes in Nokia Corporation’s own shares

Keynotes, Tutorials, and Workshops Announced for IEEE International Conference on…