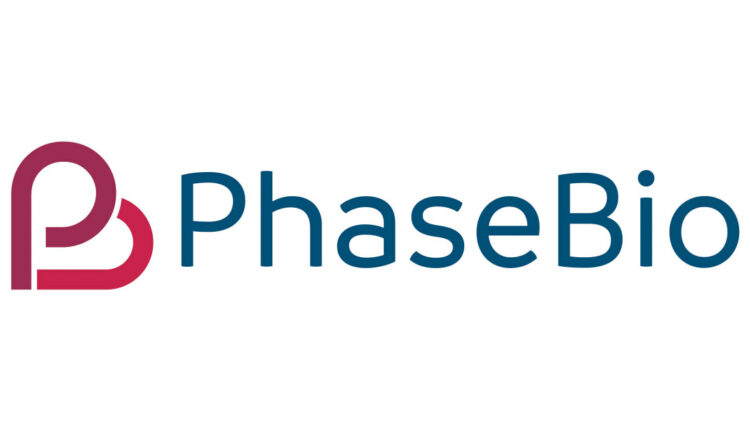 MALVERN, Pa. & SAN DIEGO–(BUSINESS WIRE)–PhaseBio Pharmaceuticals, Inc. (Nasdaq: PHAS), a clinical-stage biopharmaceutical company focused on the development and commercialization of novel therapies for cardiopulmonary diseases, today announced that it has enrolled the first 143 patients in its pivotal Phase 3 REVERSE-IT trial for its lead product candidate bentracimab, 138 of whom required urgent surgery or an invasive procedure and five of whom experienced uncontrolled major or life-threatening bleeding. The Company is commencing preparation of the BLA and targeting a BLA submission to the U.S. Food and Drug Administration (FDA) in mid-2022.

The REVERSE-IT trial is expected to enroll approximately 200 major bleeding or urgent surgery patients at sites in the United States, Canada, the European Union and China. Based on prior guidance following the End of Phase 1 Meeting with the FDA to balance the two patient populations, the REVERSE-IT trial does not allow enrollment of more than approximately two thirds of either the uncontrolled major or life-threatening bleeding population or urgent surgery or invasive procedure population. Because the total number of patients enrolled to date includes 138 patients who required urgent surgery or an invasive procedure, the surgery cohort of the trial has been fully enrolled. With the successful completion of enrollment in this surgery cohort, REVERSE-IT trial sites have shifted focus to enrolling patients with uncontrolled major or life-threatening bleeding events. The Company is continuing to attempt to accelerate enrollment of patients with uncontrolled major or life-threatening bleeding, including by working to increase the number of enrolling clinical trial sites in the United States, Canada, and the European Union, as it believes that a broader site footprint will increase the probability of enrolling these patients. Additionally, the Company expects to begin enrolling the first patients at sites in China later in 2021.

The FDA also previously indicated that an interim analysis of the first approximately 100 patients enrolled in the REVERSE-IT trial would be sufficient to support the submission of a BLA for accelerated approval. The FDA recommended that the 100 patients comprising the interim analysis include approximately 50 patients from each of the uncontrolled major or life-threatening bleeding population and the urgent surgery or invasive procedure population, although the FDA noted that whether there are an adequate number of patients from either cohort would be a review issue and considered in the context of other data submitted with the BLA.

In conjunction with the updates regarding the Phase 3 REVERSE-IT trial, PhaseBio also announced today the completion of enrollment in the randomized, double-blind, placebo-controlled Phase 2b trial of bentracimab. The Phase 2b trial enrolled 200 healthy older and elderly (ages 50 to 80) subjects on dual antiplatelet therapy of ticagrelor and low-dose aspirin; 150 subjects were randomized to receive bentracimab, with reversal of the antiplatelet effects of ticagrelor, as measured by the VerifyNow® PRUTest biomarker, serving as the primary endpoint for the trial. Top-line results from the Phase 2b trial are expected later this year. The Phase 2b trial was designed to supplement the safety and efficacy results that will be included in the planned BLA submission.

“We’re pleased to announce that we’ve completed enrollment for interim analysis of the REVERSE-IT global Phase 3 trial and fully enrolled the required Phase 2b trial, both of which are key milestones that set in motion a series of important events that move us one step closer to potentially commercializ ing the first ticagrelor reversal agent,” said Jonathan Mow, Chief Executive Officer of PhaseBio. “Achieving these enrollment milestones in a timely manner to support our planned BLA submission are major achievements that speak to the efforts of the PhaseBio team and the unmet need for bentracimab. The unmet need for a reversal agent for patients treated with P2Y12

inhibitors is clear. There are currently no effective therapeutic interventions to restore platelet function, and we believe that bentracimab, if approved, has the potential to give patients and physicians an important option for reversing the antiplatelet activity of ticagrelor in major bleeding and urgent surgery situations.”

John Lee, M.D., Ph.D., Chief Medical Officer of PhaseBio, added, “The decision to continue enrollment of patients in the Phase 3 REVERSE-IT trial beyond the initial 100 recommended by regulatory authorities was driven by our success in the rapid pace of surgical enrollment in the trial, as well as uncertainty regarding the potential impact of the COVID-19 pandemic on future enrollment. Additionally, with a larger pool of patients available, our ability to assess the clinical hemostasis co-primary endpoint is improved.” Dr. Lee continued, “Based on our original outlook for the trial, we had expected the hemostasis endpoint to be part of the final analysis of the completed 200 patient study. I’d like to thank the PhaseBio team, the patients enrolled in the trial and the clinical investigators who worked tirelessly and under extraordinarily challenging conditions to advance the trial to this juncture.”

Bentracimab is currently in late-stage clinical development in the REVERSE-IT (Rapid and SustainEd ReVERSal of TicagrElor – Intervention Trial) trial. REVERSE-IT is a Phase 3, multi-center, open-label, prospective single-arm trial designed to study reversal of the antiplatelet effects of ticagrelor with bentracimab in patients who present with uncontrolled major or life-threatening bleeding or who require urgent surgery or an invasive procedure. Learn more about the trial at clinicaltrials.gov.

Bentracimab is a novel, recombinant, human monoclonal antibody antigen-binding fragment designed to reverse the antiplatelet activity of ticagrelor in major bleeding and urgent surgery situations. In a Phase 1 clinical trial, bentracimab demonstrated the potential to bring life-saving therapeutic benefit through immediate and sustained reversal of ticagrelor’s antiplatelet activity, mitigating concerns regarding bleeding risks associated with the use of this antiplatelet drug. The Phase 1 clinical trial of bentracimab in healthy volunteers was published in the New England Journal of Medicine in March 2019. In April 2019, bentracimab received Breakthrough Therapy Designation from the U.S. Food and Drug Administration (FDA). Breakthrough Therapy Designation may be granted by the FDA when preliminary clinical evidence indicates that the drug may demonstrate substantial improvement over existing therapy. In September 2019, PhaseBio completed a Phase 2a trial in which bentracimab was investigated in older and elderly subjects on dual antiplatelet therapy of ticagrelor and low-dose aspirin. Additionally, the Phase 2a trial investigated a bentracimab regimen for the reversal of supratherapeutic doses of ticagrelor in healthy younger subjects. In both arms of the trial, bentracimab achieved immediate and sustained reversal of the antiplatelet effects of ticagrelor and was generally well-tolerated, with only minor adverse events reported. These results are consistent with the results observed in healthy younger subjects treated with ticagrelor in the previously published Phase 1 trial. PhaseBio initiated the REVERSE-IT trial, a pivotal Phase 3 clinical trial of bentracimab, in March 2020 to support a Biologics License Application for bentracimab in both major bleeding and urgent surgery indications.

PhaseBio Pharmaceuticals, Inc. is a clinical-stage biopharmaceutical company focused on the development and commercialization of novel therapies for cardiovascular and cardiopulmonary diseases. The company’s pipeline includes: bentracimab (PB2452), a novel reversal agent for the antiplatelet therapy ticagrelor; pemziviptadil (PB1046), a once-weekly vasoactive intestinal peptide (VIP) receptor agonist for the treatment of pulmonary arterial hypertension; and PB6440, an oral agent for the treatment of resistant hypertension. PhaseBio’s proprietary elastin-like polypeptide technology platform enables the development of therapies with potential for less-frequent dosing and improved pharmacokinetics, including pemziviptadil, and drives both internal and partnership drug-development opportunities.

PhaseBio is located in Malvern, PA, and San Diego, CA. For more information, please visit www.phasebio.com, and follow us on Twitter @PhaseBio and LinkedIn.

Risks regarding our business are described in detail in our Securities and Exchange Commission filings, including in our Quarterly Report on Form 10-Q for the quarter ended June 30, 2021. These forward-looking statements speak only as of the date hereof, and PhaseBio Pharmaceuticals, Inc. disclaims any obligation to update these statements except as may be required by law.

MediaTek to Enhance India 5G Prospects in 2022: From Mainstream to Flagship

Chindata Group to Host a Special Conference Call Regarding