• According to the National Institute of Health (NIH) estimates, there will be over 1.2 million people suffering from Parkinson’s in the US by 2030

• Among drug classes, carbidopa/levodopa occupied more than 30% of the total market share 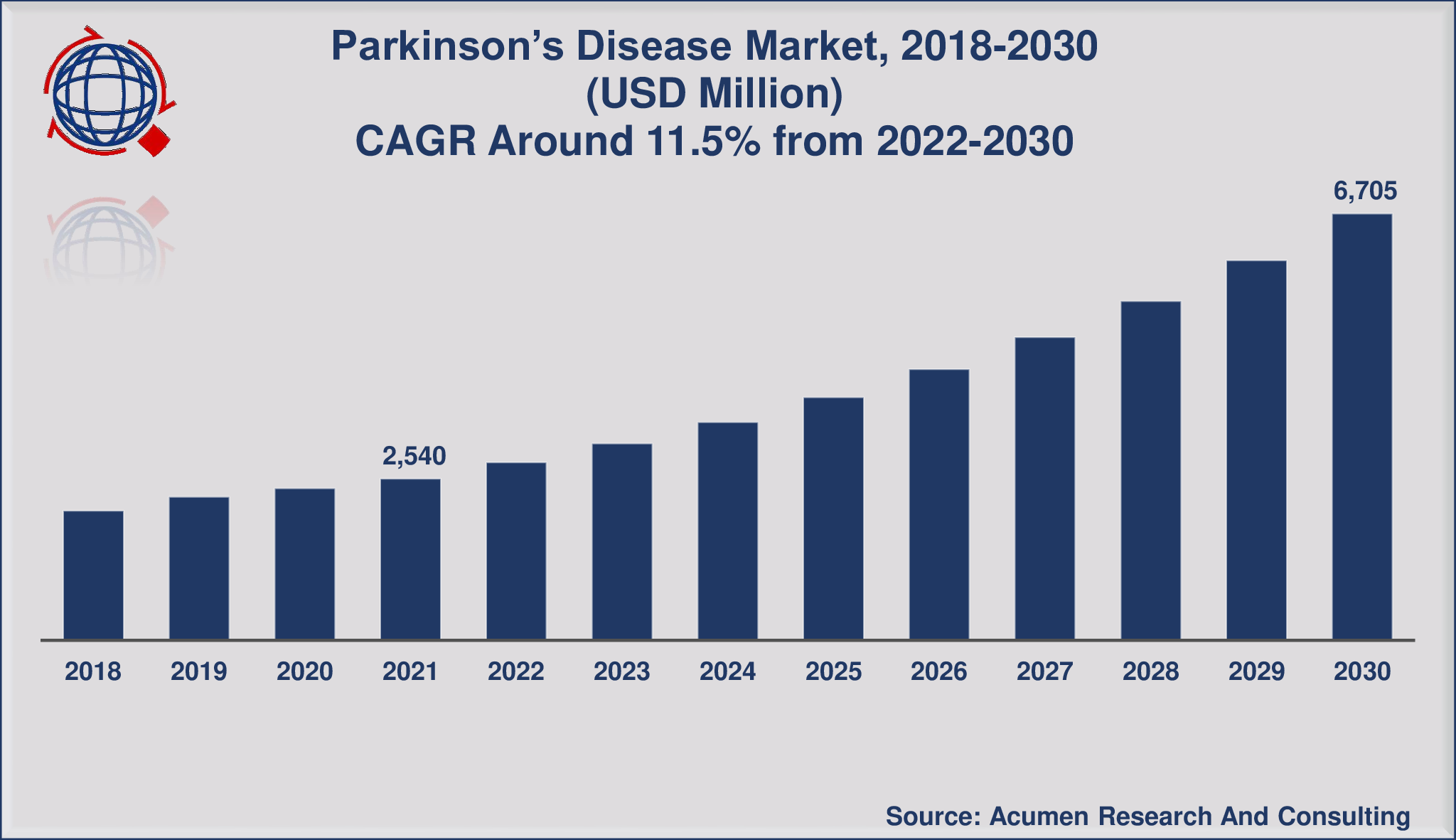 New product launches in the global market for the treatment of Parkinson’s disease will assist the market to grow to its fullest. In February 2018, Adamas Pharmaceuticals, Inc. announced subgroup analyses of Parkinson’s disease patients taking amantadine immediate release (IR) who are still experiencing dyskinesia and enrolled into EASE LID 2, the long-term. The ongoing phase 3 open-label study of GOCOVRI™ (amantadine) extended-release capsule results shows that there are around 35% improvements in motor applications. The safety and tolerability profile of this patient was observed to be consistent without any adverse effects. Additionally, most of the major players have a robust drug pipeline for the treatment of Parkinson’s disease.

The availability of alternative medical treatments will have a serious impact on the global Parkinson’s disease market. Alternative treatment options and substitute products will have intense tussle between the competitors manufacturing the same drug. This will have an obstacle for the manufacturer to grow and launch new products in the market for the same form of the disease.

Check the detailed table of contents of the report @

According to Parkinson’s disease market forecast, the carbidopa/levodopa drug class will record a significant market share in the overall market. By distribution channel, hospital pharmacies will grow to their fullest in the coming years. Frequent visits to the rising patient pool for a consultation with doctors or physicians will positively influence the hospital pharmacies segment to grow to its fullest. Furthermore, in inpatient care settings, hospitals will continue their dominance till the forecast period with clinics recording the second largest market share in the future. The hospital segment will record the largest market share under the patient care setting segment. Also, the clinics segment is gaining fast pace and is predicted to record the second largest share of the global market for Parkinson’s disease.

In December 2018, drug maker Rusan Pharma announced the launching of a drug to treat Parkinson’s disease. The drug namely “Aposan” is used to monitor fluctuations in patients suffering from Parkinson’s disease that are not sufficiently controlled by oral medications that are currently available in the Indian market.

Some of the key observations regarding the Parkinson’s disease industry include:

• In August 2020, Biogen announced collaboration with Denali on the LRRK2 program for Parkinson’s disease and certain TV platform-enabled programs for neurodegenerative disease.

• In June 2016, ACADIA Pharmaceuticals announced the approval of NUPLAZID™ (pimavanserin) by the FDA. This is the first drug used for the treatment of hallucinations and delusions associated with Parkinson’s disease psychosis.

Questions Answered By This Report

About Acumen Research and Consulting:

Acumen Research and Consulting is a global provider of market intelligence and consulting services to information technology, investment, telecommunication, manufacturing, and consumer technology markets. ARC helps investment communities, IT professionals, and business executives to make fact-based decisions on technology purchases and develop firm growth strategies to sustain market competition. With the team size of 100+ Analysts and collective industry experience of more than 200 years, Acumen Research and Consulting assures to deliver a combination of industry knowledge along with global and country level expertise.